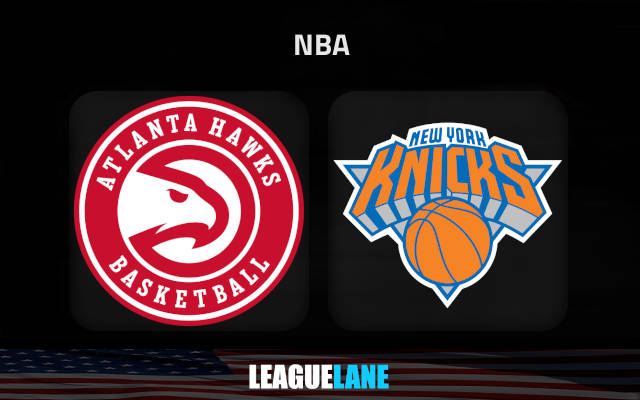 New York Knicks return to Madison Square Garden on Wednesday when they host Atlanta Hawks in the Eastern Conference matchup.

Atlanta Hawks will continue their tough schedule with the trip across Atlantic Coast on Wednesday evening when they come face to face with New York Knicks.

Head coach Nate McMillan has a lot of reasons to be worried about his team’s recent defensive performances.

The Hawks allowed 139 points in the defeat at Toronto Raptors two days ago. They have allowed at least 112 points in each of the previous five matches in the league.

Atlanta now rank as low as 25th in the nation in points allowed per game. We expect them to continue struggling in the rim protection on Wednesday against the Knicks as well.

The Knicks are also on a two-game slide

New York Knicks return to Madison Square Garden after back-to-back tough away outings against Milwaukee Bucks and Cleveland Cavaliers at the weekend.

They had a three-day rest and we like their chances of getting back on course with a positive result on Wednesday night in the home outing against Atlanta Hawks.

The Knicks faced two very strong rivals in the likes of the Bucks and the Cavs in the last two games but still managed to score 108 points in each of these defeats.

We expect their main stars to exploit the Hawks’ defense to the max here. Julius Randle, who had 15 points, 9 rebounds, and 7 assists in the recent defeat to the Cavs, is thus well worth backing to score at least 22 points here in the home tie against the Hawks.

New York Knicks play exciting basketball under Tom Thibodeau this season. They have talent all over the floor and we expect them to shine in this home outing against the struggling Hawks. We will take the Knicks to win in -2.5 points spread as the main pick at the -110 odds, while you can also go with Julius Randle Over 21.5 points at the same -110 odds.