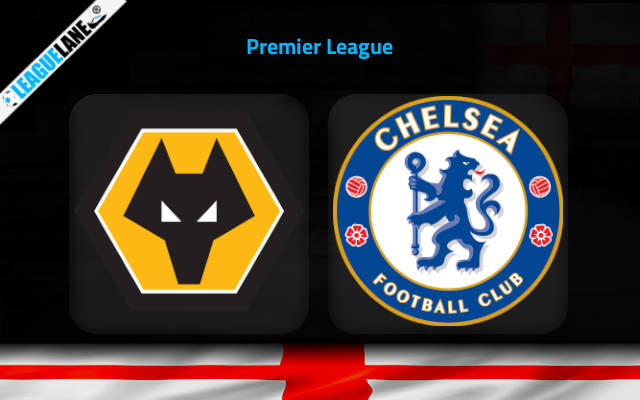 Chelsea have had some minor hiccups in their pursuit of the title, and rivals City and Liverpool have done their best to capitalize on it. Currently the Blues are placed third in the table, trailing four points below the first position.

They just cannot afford to drop anymore points, if they are serious about their hopes to lift the PL crown at the end of the campaign.

And Wolves could help them out a bit in that regards. Wolverhampton have not been at their best this season, and lately, they have been severely inconsistent.

They are conceding goals in almost every other match-up, and to top this all off, they also have a poor h2h record against this foe over the years.

For the reasons, expect a win for Chelsea this Sunday at the Molineux.

Wolves recorded a 0-1 win on the road the last match-day, against Brighton. However, they were on a two-game losing run before that, and so far this 2021-22 campaign, their form at home has been extremely worrying.

In fact, of their total three wins at home this season, one had come against the 19th placed Newcastle.

On the other hand, Chelsea are the reigning European champions, and they are in the running to lift the English title come next May. They will be determined to secure a huge win this Sunday in order to draw level with Liverpool and City.

Note that they have a great h2h record against this foe over the past several seasons, and they also have fared really well over the course of the league campaign – barring some minor blips in form the last few weeks.

Count on Chelsea to deliver a win this weekend.

Tips for Wolves vs Chelsea