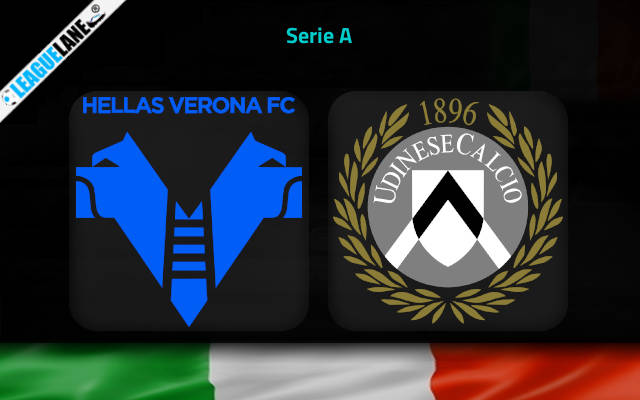 Andrea Sottill is doing miracles with Udinese at the start of the 2022/23 season. After claiming just one point in the opening two league games, Sottill’s men went on to win five consecutive league affairs.

They are now just one point shy of joint-leaders Napoli and Atalanta and they will have a nice chance to extend the winning streak in the clash against Verona on Monday evening.

Udinese are by far the most pleasant surprise of the season so far. They own the joint-best attacking record in the league with 15 goals scored in the opening seven games.

These achievements are even greater if we know that Sottill’s squad faced the likes of Fiorentina, Roma, Sassuolo, and Inter Milan in the previous four rounds.

Udinese have bagged at least three goals in each of the last three wins, including the big scalp of Inter Milan two weeks ago at Dacia Arena.

Sottill’s men are now pretty big favorites to continue the run here against Verona who have allowed as many as 13 goals so far in the season.

Only newly-promoted Monza and Cremonese have conceded more than them. Also, Verona will come into this in significantly lower spirits after the back-to-back 2-0 defeats to Lazio and Fiorentina.

The team led by Gabriele Cioffi also lost two of three home matches so far in the season. There is not much to suggest a positive scenario here against the hottest team in the country.

Udinese are flying high these days and we see great value in backing them to pick up the sixth consecutive league win against the struggling opposition at the odds of 2.30.

Since this is the clash between the joint-best attack in the league and one of the competition’s weakest defensive lines, we will also go with Udinese to net two or more goals at the 2.10 odds.