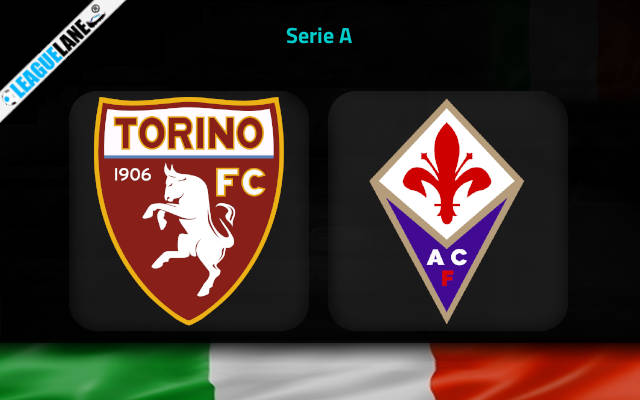 Torino welcome Fiorentina for Monday’s Serie A battle and our tipsters expect a tight clash with goals on offer at either end.

Both teams are returning to competitive action for the first time since Christmas with their respective games on midweek suspended due to players tested positive for covid.

This fixture was also in doubt and shifted from Sunday after the court eased quarantine terms for players tested negative.

Both teams finished the calendar year 2021 on a high. Fiorentina the happier with five match unbeaten run that propelled them to fifth in the table. However, their last two games are scored draws, 2-2 vs Sassuolo and 1-1 against Verona.

Meantime, Torino lost 1-0 at Inter Milan at the end of a four-match unbeaten run. The highlight of Torino’s form this season is their home form as they remain unbeaten here for six matches bagging an impressive five wins during the period.

Though the quality of teams they faced are someway below that of Fiorentina, Torino will be in good spirits on Monday, and they know that this fixture has the tendency to go in favour of the home team.

But take nothing away from Viola, they are in the middle of one of their best seasons in decades and will be keen to board the bus from Turin with points in the bag. Therefore, we neutrals can expect an open battle at the Stadio Olimpico on Monday.

Despite positioned in the middle of the Serie A table, Torino are quite hard to beat while playing at their own turf. Meanwhile, the Viola is a fairly consistent team, though they have occasional problems while playing away from home and lost 3 of the last 5 while registering a win and a draw in the latest two outings.

Without a doubt this is going to a tightly fought battle and full-time result can go either way. Therefore, we will take over 2.5 goals as the top bet with the same paid out in 7 of 10 home games of Torino as well as half of Fiorentina’s away games.

Dusan Vlahovic netted 16 Serie A goals this season and is a top target for some of some of the elite English Clubs. He is our first choice to net anytime during this match after missing to find the target against Verona just before Christmas.