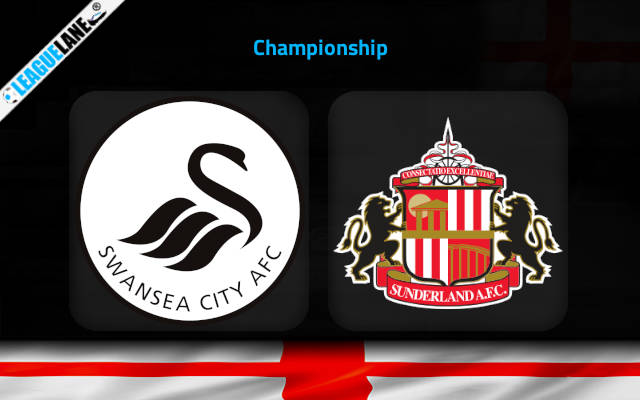 Swansea are in decent form this season. They are on a three-game winning streak. This Saturday they will host rivals Sunderland, at Swansea.com Stadium for Matchday 13.

The host suffered a narrow 1-0 defeat against Sheffield last month. It is worth knowing that since that defeat they are on a three-game winning streak. In their most recent outing, they defeated Watford by 2-1.

In that game, Ben Cabango scored the winning goal with just a few seconds remaining on the watch. The team is at the sixth position on the table following this win.

On the other hand, Sunderland are on a three-game winless run. Most recently they had faced Blackpool and the game ended in a goalless draw. It is worth knowing that the team have not scored any goals in their last two games.

They are eighth in the league with only one point below the current host. Moreover, the host have won four of their last five games.

If Russell Martin’s side manage to win this fixture, they will jump to the fourth position on the table.

It is worth knowing that the visitors have kept a clean sheet in their last two consecutive outings. However, they are facing a goal drought this month as they are yet to score since the beginning of this month.

Meanwhile, the host have scored nine goals in their last three games. Do also note that they are the only team in the top ten to have a goal difference of nil.

Therefore, our first prediction is that Swansea will win – at 2.37 odd. This is after considering that the host have won two of the last four games in the overall meetings. Moreover, they are unbeaten since 2016.

Also, our next tip for this game is that Over 2.5 goals will be scored – at 1.90 odd. In three of the last four meetings at Swansea.com Stadium at least three goals have been scored.

Also, the next tip is that Olivier Ntcham will score anytime – the odd for this tip will be at 4.50. He is on a two-game goal-scoring streak this season.