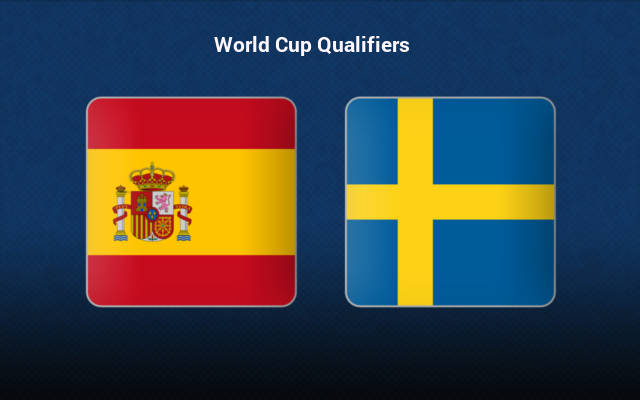 2010 World Champions Spain have left things for the last minute in the Qualifiers. They are placed second in the table at the moment, and they even could be placed third at the end of the campaign, if they are not careful.

However, they have an opportunity to get back on track this weekend, as they are taking on toppers Sweden this Sunday. If they are able to deliver a win at home, they will climb to the top-most spot, and thus avert danger.

As such, we have a virtual knockout match-up coming up, and the Swedes will definitely not make things any easier. Note that they had famously denied Italy a spot in the 2018 World Cup. Could they repeat history this time around?

The Spaniards had recorded a 1-2 win on the road the last match-day in the Qualfiers, against Kosovo.

They also have scored the most number of goals of all the teams in the competition, and are currently placed second in the table, trailing two points below the toppers.

Going on, they had inspirational campaigns in the recently-concluded 2020 Euros, and the Nations League.

In the Euros, they had made it till the semis, where they were eliminated by eventual champions Italy (via penalties), and in the Nations League, they lost in the final, against France.

Still, the young squad has derived enough confidence from these outings, and are determined to cash in big in the 2022 World Cup. And as such, they are determined not to let anything stay in the path of their qualification.

However, the Swedes are at the top of the table, and they have a perfect winning record in the campaign – barring a loss against Greece.

They have scored the second-most number of goals in the competition, and they are the only team to have beaten Spain in these qualifying games.

Going on, goals have also come in huge numbers in previous h2h meetings over the years, and taking into account all these observations, expect a high-scoring affair this weekend.