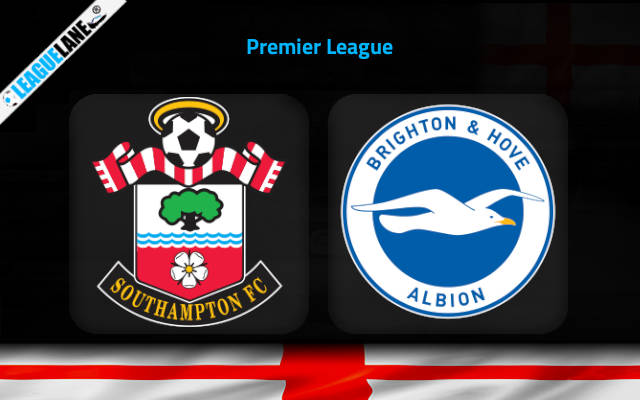 Brighton had a great start to their season, and it resulted in them racing to the top tier of the table. However, they were unable to sustain that form, and are currently on a long winless streak.

There are no signs which indicate that their dismal run would be over anytime soon. And the desperate Southampton will be ready to pounce on this opportunity.

They are at home this weekend, and after a tough schedule, they finally have an easier game on sights.

Moreover, they have been on a rather great run at home lately, and also have the better h2h record over the years.

By the looks of things, expect a win for Southampton this Saturday.

Southampton held former champions Leicester to a 2-2 draw the last match-day. And since August, they had lost just four games in total in all competitions. Three of these defeats had come against Liverpool, Chelsea, and Wolves.

Also at home, they have been one of the best teams in the entire competition. They have failed to score just twice at this venue this season, and have lost just once.

On the other hand, Brighton were held to a 1-1 draw on the road by West Ham. They are also on a ten-game winless streak, and have a total of two league wins on the road since March.

One had come against the newly-promoted Brentford, and the other against the 18th placed Burnley.

Considering these observations, expect a win for Southampton this weekend.

Tips for Southampton vs Brighton