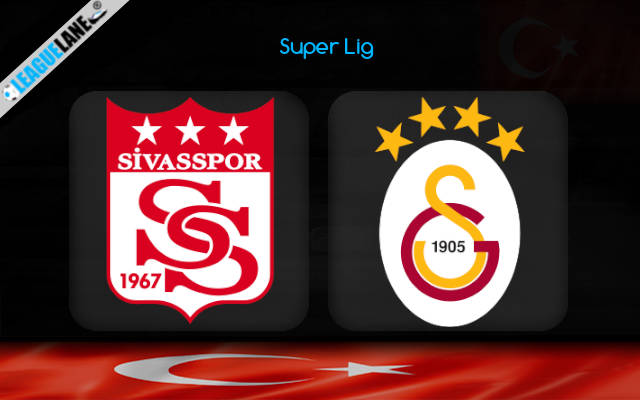 A must win game for Galatasaray when they travel to Sivasspor on Monday evening.

Fatih Terim’s men fell to 7th in the table following an ill-fated 4 match winless streak. The title is far from their reach at this moment with the team from Trabzon holding firm on the key with a 16-point lead. However, there is a realistic chance for finishing inside the top four or even as a runner up if things improve from here.

Sivasspor used to be an adventurous team, but they struggled to get going this term and currently sit 5 points clear of the relegation zone. Things could have been much worse if not for their recent results where they defeated the likes of Hatayspor and Alanyaspor in back-to-back games.

The hosts are looking up in the table, they have a solid home record to go by as they hold a 7-match unbeaten run since the defeat to Besiktas on opening week.

Galatasaray’s away form is nothing but disappointing with a solitary win from the last 5, setting the stage for an interesting contest at the Eylul Stadium.

There is no doubt that this will be an exciting match to watch with Sivasspor giving nothing away to visiting teams at this ground. Galatasaray are desperate for a win, and they will be going the extra mile in this battle.

Both teams to score in the match is my top recommendation for this Turkish Super Lig fixture with a high percentage of previous duels at this ground witnessing the same.

As for the full-time result, I will go with the draw, which was paid out in 5 of the last 7 home games of Sivasspor as well as the last three Galatasaray games across all competitions.