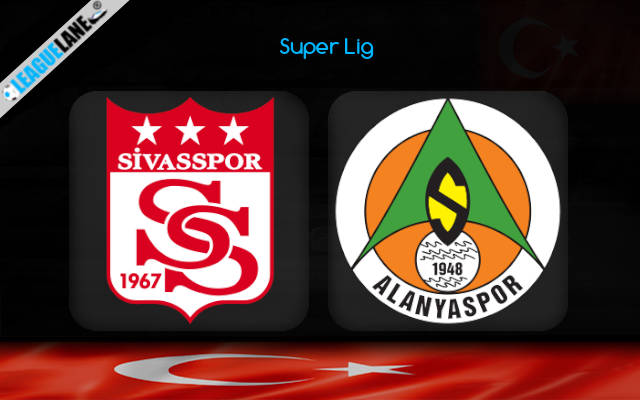 Sivasspor got off to a rough start to the new campaign after winning their first trophy in Turkish football last season by beating Kayserispor in the cup final.

The new season began with a demolishing 4-0 defeat to Trabzonspor in the Super Cup tie in late-July.

Sivasspor then went on to claim only a single point from the opening two matches of the new Super Lig campaign, losing 3-0 away at Adana Demirspor last weekend in the process.

Last but not least, the team suffered a 3-1 defeat to FF Malmo in the mid-week’s first leg of the UEFA Europa League playoffs.

Head coach Riza Calimbay has huge problems with the lack of meticulousness in his team’s defensive line.

The team conceded three or more goals in three of four matches this season. To make things more complicated, Sivasspor have a tough reverse fixture against Swedish side Malmo scheduled for Thursday evening.

This is why we see this match as a great opportunity for Alanyaspor to back up their fine start to the new season.

The visitors will come into this tie in the highest spirits after claiming a point last weekend against Besiktas despite trailing by three goals in the first half of the affair with the Istanbul heavyweights.

Alanyspor are scoring goals for fun at the beginning of the season. They have bagged as many as seven in the opening two rounds, including four in the maiden victory away at Fatih Karagumruk.

Alanyaspor will come into this in much higher spirits, especially after coming back from a three-goal deficit last time out against the likes of Besiktas.

We can’t see the leaky defense of Sivasspor’s stopping the visitors here. We will take the 2.75 odds offered for the away win bet all day long in these circumstances.