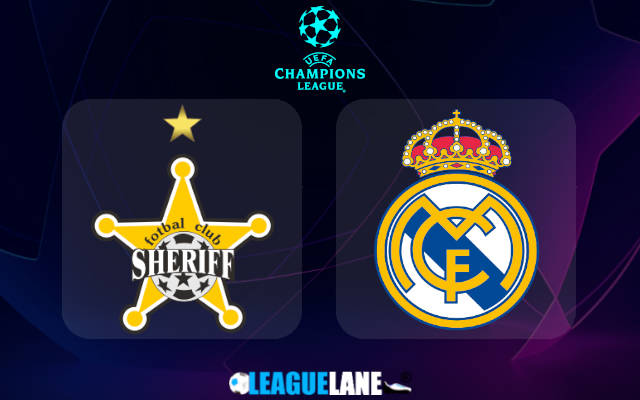 Despite the result we’ve seen in Matchday No 2 in Spanish capital, the gulf in quality between these two teams is enormous and we can only expect the 13-time champions to get their revenge and celebrate a demolishing and comprehensive victory on Moldovan soil.

Real Madrid will be looking for revenge on Wednesday evening when they travel to Bolshaya Sportivnaya Arena to battle Champions League debutants Sheriff Tiraspol in Gameweek No 5.

The reverse fixture of this matchup has provided arguably the biggest upset in the history of the competition.

The record 13-time holders Real Madrid fell 1-2 at home to the competition debutants a couple of months ago.

Nevertheless, Real Madrid managed to bounce back from that shocking defeat. They have won all of the remaining three games in the group and currently hold the very top of the standings.

Sheriff are still waiting for their opportunity despite the back-to-back defeats to Inter Milan in the last two rounds.

They have six points from four games and could move level on points with Real Madrid in case of another upset against Carlo Ancelotti’s troops.

Nevertheless, it is very hard to expect one if we know that Real Madrid will go into this on a high following a demolishing 1-4 victory at Granada in the weekend’s La Liga outing.