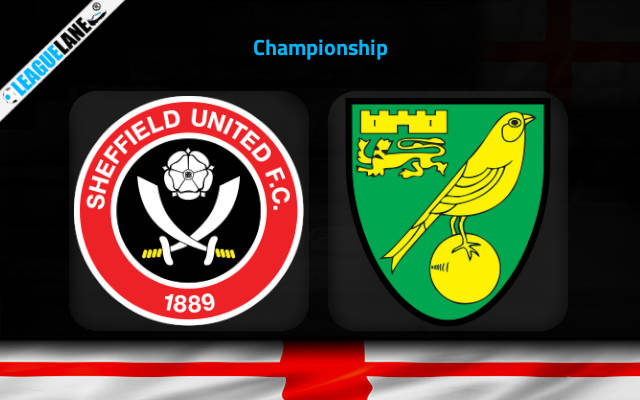 Three back-to-back defeats have made the atmosphere serious for Norwich. Manager Dean Smith is very worried about his team going in the wrong direction. They have a mammoth task ahead of them where they will face rivals Sheffield United.

The visitors made a good start this month when they defeated Blackpool by 1-0. Ever since that victory the team’s dynamics seem to have lost. Now they are on a three-game losing streak. It is surprising to find out that even against a defensive team like Preston, they conceded three goals.

Looking at the last three matches, Dean Smith’s side were very desperate for a win and he subsequently changed his team’s playing formation in all those three matches. This plan back-fired and now their title challenge is at great risk.

Previously, they lost to Luton Town by a narrow one goal margin. Kenny McClean picked up a red card in that game as well.

The host are also walking in the same direction. The team led by Paul Heckingbottom is now facing criticism from all sections of the club as they are on a four-game winless run. In their last league outing, they could not get past Blackpool as they were held in a 3-3 draw.

Things went serious in that game, as the goalkeeper received a red card which is unusual.

Both teams will look to end their abysmal form. This is very crucial as they are both teams are favourites for the title this year.

You can back the following tip as Sheffield United will score Over 1.5 goals – the odd for this tip will be at 2.50. This is after considering that in four of the last five head-to-head matches, the host have scored a minimum of two goals.

Furthermore, we are backing for BTTS as; Both teams to score in the first half-the odd for this tip will be at 5.00. Against Blackpool, the host scored two goals before the 25th minute. Similarly, the visitors scored a goal in the first-half against Watford.