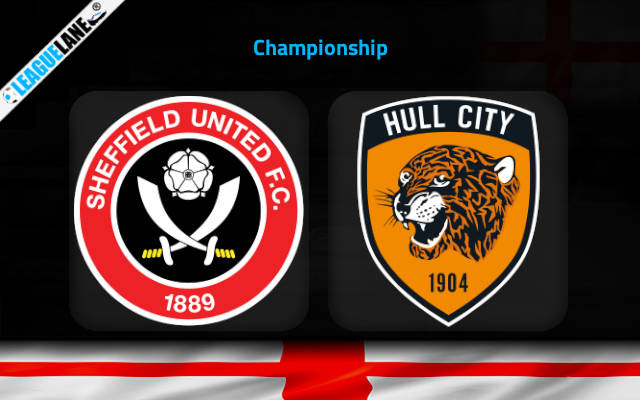 Sheffield United and Hull City will open the Matchday No 28 in English Championship on Friday evening with their clash at Bramall Lane.

The Blades continued marching towards the Premier League football with an easy 3-1 victory over Stoke City last Saturday.

They were in full control from the beginning to the end. Iliman Ndiaye and Jayden Bogle bagged two early goals, while the latter notched his second of the game to set the final score at the death of the affair.

Ndiaye continued his amazing campaign by taking his league tally to ten goals this season. He is currently our main recommendation for those who prefer the anytime goalscorer market.

Sheffield United now have seven wins and a draw in the last eight league games. They currently hold the second position in the Championship standings with as many as 11 points between them and the third-placed Watford in the battle for the automatic promotion.

Nevertheless, this will be a particularly interesting affair if we know that Hull City are also unbeaten in six consecutive league matches.

They avoided a defeat last weekend thanks to the late equalizer from their top scorer Oscar Estupinan in the eighth minute of stoppage time in the home clash against relegation strugglers Huddersfield Town.

Hull City will park the bus here but we doubt it will be enough to help them avoid a defeat against the red-hot Sheffield United. We don’t expect a demolition job by any means here, but the home win still has to be the way to go.