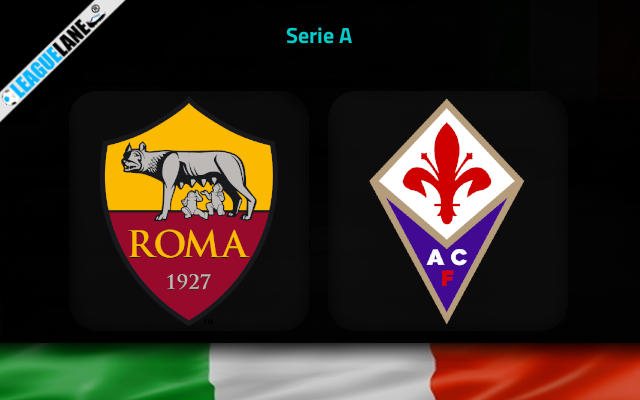 Roma and Fiorentina will lock horns in the last game of Sunday’s Serie A schedule at Stadio Olimpico.

Both teams will enter the tie on high after getting positive results thanks to late stoppage time goals in the previous round.

Roma were 2-0 down away at AC Milan in the 87th minute but they found a way to respond and find two late goals, including the Tammy Abraham equalizer in the added time, to leave Stadio Giuseppe Meazza undefeated.

Fiorentina, on the other side, were given a late stoppage-time penalty which was successfully converted by Nico Gonzalez for the 2-1 victory over Sassuolo.

The Romans thus share the fifth place in the league table with Lazio and Atalanta, while Fiorentina are six points behind in ninth.

Head coach Vincenzo Italiano can’t be thrilled with his team’s overall performance against Sassuolo as I Neroverdi managed to register as many as 17 attempts towards their goals last Sunday.

Roma do have a strong attacking line led by the likes of Paulo Dybala, Tammy Abraham, and Andrea Bellotti, players who are well capable of hurting any defense in the league on their day.

Jose Mourinho’s men have been very tough to break down in front of their fans so far in the season. They shipped only five goals in eight league outings at Stadio Olimpico this term. Can La Lupa keep things quiet at the back here against Fiorentina?

If we count mid-season friendlies, Fiorentina kept just one clean sheet in the last nine outings in all competitions. Roma have been very tough to break down at Stadio Olimpico so far in the season.

We trust the hosts much more on both ends of the pitch and we will back them to win by at least two goals difference at the 3.50 odds. The 3-0 correct score bet is paid at the 17.00 odds.