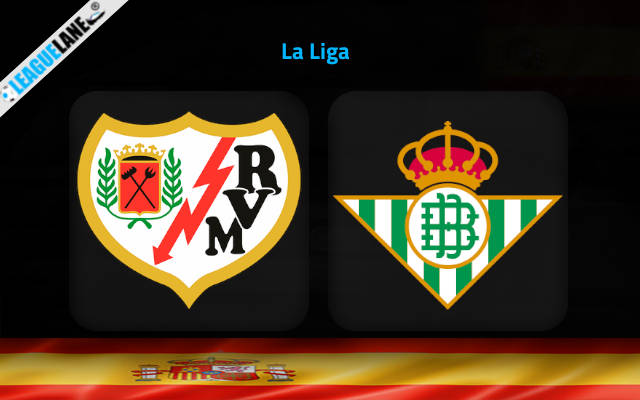 Rayo Vallecano vs Real Betis Predictions and Free Tips from our expert tipsters when the teams go head-to-head in Spanish La Liga on Sunday, 8 January 2023.

Vallecano have been on a consistent run for quite some time now, and are really going after a spot in the top-six of the table. Along with toppers Barcelona, and Girona, they are the only team in the competition to have remained unbeaten in the past five match-days.

Meanwhile, Betis are already in possession of the sixth spot in the table. They have had some minor issues with form lately, but nonetheless they have been scoring consistently and in plenty.

Goals have been a familiar sight whenever these two teams have locked horns in the past. In fact, the latest clash ended in a 1-1 draw, and the last seven meetings in a row goals from either side of the pitch.

The latest such match-up at this ground ended in a 1-2 win for the guests, and in the past nine years only one h2h clash at this ground failed to have goals from both teams.

Who will win the match between Rayo Vallecano and Real Betis?

Both teams are placed in the top tier of the table, and have set sights on qualification to Europe. A win this Sunday will be of great value, as either squad are placed next to each other in the league table.

Picking a winner is quite tough – though if pushed, I would have to say Vallecano have a slight edge.

And now this is where the money is to be made. The front lines of both teams are in great form, and are scoring in plenty. This same trend can be seen in past h2h clashes too. Expect goals in huge numbers this weekend.

This is another great pick this Sunday. Either team will be determined to go in for the kill, and judging their recent scorelines, as well as h2h clashes, expect goals from both sides.

With either team being proficient in goal-scoring, the Both Teams to Score at 1.95 odd is a great pick for this fixture.

Additionally, the Over 2.5 Match Goals placed at 2.25 odd is another superb complement to it. Recent h2h scorecards, and current form of either squad point towards such an outcome.