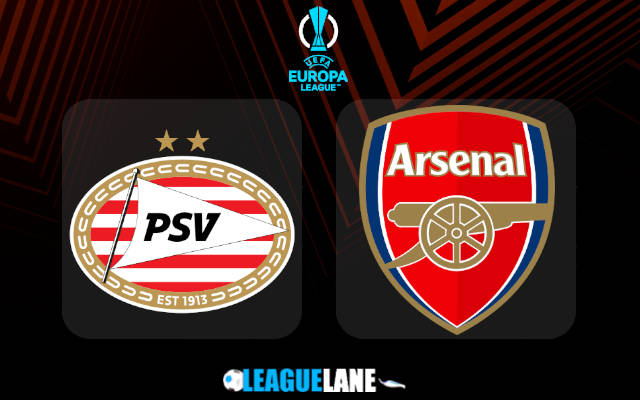 Group A is currently being dominated by Arsenal. PSV will aim to finish second in Group A as both these sides will play against each other on Matchday 5 of the Europa League.

For a team that is at the top of the Premier League this season, the visitors have the best winning rate in Group A. They began their campaign by defeating Zurich by 2-1.

In the first leg held at Emirates Stadium, the team led by Mikel Arteta won by 1-0 through Granit Xhaka’s goal in the seventieth minute of the game.

Despite losing that game by a narrow margin, manager Ruud van Nistelrooy is confident as he will have the support of the home crowd in the second leg of this fixture.

PSV started their campaign by holding FK Bodo by 1-1. However, they got their biggest win on Matchday 3 when they demolished Zurich by 5-0 which was earlier this month.

It needs to be noted that both teams are separated by five points in Group A. This shows how dominant the visitors have been since Matchday one.

PSV’s strength lies in its attacking frontline. They have scored the most number of goals in Group A. They have all the qualities to finish second in the group.

It is also important to mention that the visitors will only risk losing a 100% winning record if the host manage to win this fixture.

Our prediction is that PSV Eindhoven will score Over 2.5 goals- the odd for this tip will be at 5.00. In Group A they have scored a total of eleven goals since Matchday one. Also, they found the back of the net five times against Zurich at Philips Stadion.

Our next tip for this game is that PSV Eindhoven will be the first team to score – the odd for this tip will be at 2.10. Last time at home they managed to score a goal against Zurich in the ninth minute of the game.

With the support of the home crowd, we can expect the host to score the first goal against Arsenal.