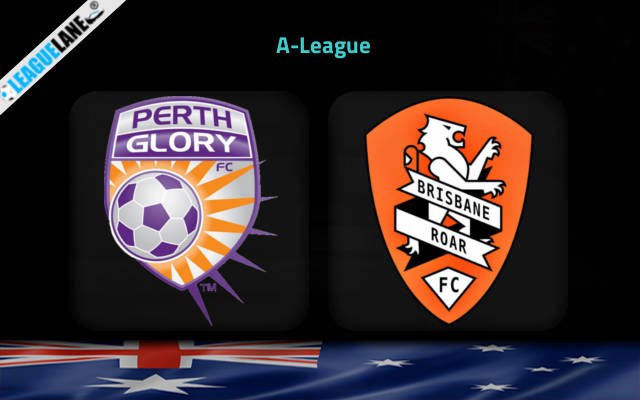 Perth Glory vs Brisbane Roar Predictions and Free Tips from our expert tipsters when the teams go head-to-head in the Australia A-League on Tuesday, 10 January 2023.

Perth Glory had a disappointing start to this A-League season. A set of defeats affected their positioning and they are currently in a state where a win is very essential to get things going.

They sits at the foot of the table with a total of 10 points from 10 matches. Their Tuesday’s rivals are Brisbane Roar who have won just thrice so far in the season, but sits 7 spots and five points above Perth Glory.

Perth Glory was unbeaten in 8 of the last 10 matches against Brisbane at home. Out of that 8 unbeaten matches, six were victories.

Who will win the match between Perth Glory vs Brisbane Roar?

Perth Glory have delivered decent performances in their home fixtures this season. They are on an unbeaten run despite of playing home matches at a different stadium.

Brisbane Roar are having a decent form on the road, seems equally competitive to Perth Glory. They are also on an unbeaten run so far on the road.

By the looks of things, predicting a clear winner from these two is a tough task. Since Perth Glory has a slight edge over Brisbane Roar in the h2h matches, we expect a result in favor of the hosting teams here.

Brisbane Roar have the least number of over 2.5 goals ft recordings this season. Perth Glory’s stats of the same is 50-50. the attacking side of neither of these two looks average. Therefore, we don’t expect this match to have over 2.5 goals ft.

We do expect this match to have goals from both ends. Their h2h tradition and the current league stats suggest a both teams involving scenario here. Backing both teams to score at 1.91 odds would be a good pick for this one.

The competitive character of this match makes it a tough to select a full time winner. However, Perth Glory or Draw at 1.50 odds seems to be an ideal option.

Both these teams are capable of scoring here and we have seen that earlier in their h2h recordings. Therefore, both teams to score at 1.91 odds is our alternative pick here.