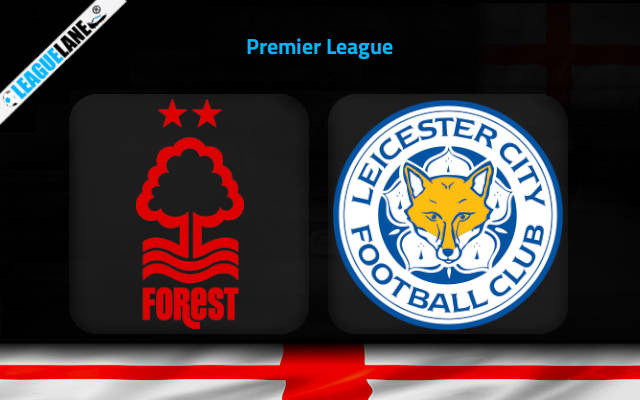 Nottingham Forest moved out of the red zone by claiming four out of six possible points in the last two Premier League games.

They moved lock on points with this Saturday’s rivals Leicester City in the 13th position of the league table. Can the Reds continue their fine spell of form and pick up more important points in the relegation battle here?

They certainly have the form on their side as Leicester lost all three league matches after the World Cup break.

The Foxes looked toothless in the final third in the recent league outings, scoring just one goal against Newcastle, Liverpool, and Fulham.

They did create plenty of chances against Fulham at the start of the year but German goalkeeper Bernd Leno had an outstanding evening at King Power Stadium.

Nottingham Forest have done well defensively in the most recent league matches, conceding just one goal against Chelsea and Southampton.

Steve Cooper’s men have lost only three of nine league fixtures at The City Ground this term and their back line has all prospects of doing well here against the Foxes as well.

However, we also have to say that Nottingham Forest did suffer a tough 4-1 loss to the likes of lower-division Blackpool in the last weekend’s FA Cup action. Will such a loss affect the team’s confidence ahead of this tie?

Leicester will be extremely motivated to rebound from three successive Premier League losses. Nevertheless, it will be easier said than done against the in-form Nottingham Forest who have been very tough to beat this season at The City Ground.

We can see the value in backing the hosts to clinch a narrow victory while keeping a clean sheet against the out-of-form and Maddison-less Leicester attack. Nottingham Forest to win & Under 2.5 goals FT bet is priced up at the 6.00 odds.