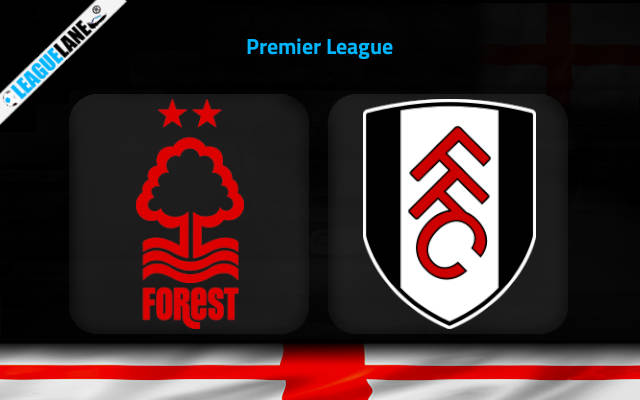 Both Nottingham and Fulham are newcomers to the top flight, after having secured promotion from the Championship the season before. But only the latter managed to establish a strong presence in the Premier League, while their counterparts for the day are stuck in the bottom-most tier.

In fact, Nottingham are placed 19th in a table of 20, and are on a long losing streak. Also, only two other teams let in more goals than them in the entire competition, and only two others scored fewer than them as well.

They are also finding it really hard to cope with the level of intensity of the veterans of the PL.

Meanwhile, Fulham won the title the last season in the Championship, and scored an impressive 106 goals in the process. Note that none of the other squads in the league managed to touch even the 75-goal mark.

It seems that they recreated glimpses of this form in the PL now. In fact, they lost just two times so far in the competition, and the two defeats came against titans Arsenal, and Tottenham.

Going on, they also fared quite well in previous h2h clashes over the years, and taking into account these observations, expect a winning performance from Fulham this Friday at the City Ground.

Nottingham lost 2-3 at home the last match-day, against Bournemouth, and they are also on a three-game losing streak. They let in 11 goals in the process as well.

Do also note that they are on a two-fixture losing streak in front of their home crowd, and let in two or more goals in each of these appearances here.

On the other hand, Fulham were unbeaten in six of their past nine overall games, and they failed to find the back of the net just twice in these nine match-ups.

Moreover, they were the title-winners of the Championship the last season, whereas counterparts Nottingham settled for a fourth-place finish – trailing by 10 points.

Considering these observations, expect a win for Fulham this Friday at the City Ground.

Tips for Nottingham Forest vs Fulham