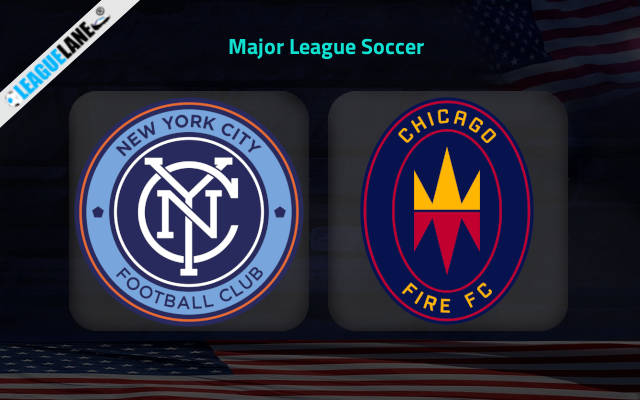 Round 13 of United States Major League Soccer kick start this Sunday as New York City who are on a 6-game unbeaten run play host to the rock bottomed Chicago Fire at Citi Field.

New York City is at the 2nd spot on the standing with 20 points from 11 games. They won 6 times in the league while drew twice and lost on 3 other occasions. The home side has kept 4 clean sheets in the last 5 games, conceding 4 goals during this period. The reigning MLS champions need only 2 more points to reach the table top to overthrow Philadelphia Union.

The hosts are hoping to win again following a 2-0 league success against DC United. Fixtures involving New York City FC have usually been exciting encounters lately with a lot of goalmouth action anticipated.

On the other hand, Chicago Fire resides at the rock bottom closing the 14th position on the table with a mere 11 points. Of the 12 matches played, they won only twice in the league while drew and lost 5 games each. The visitors fired blanks in 6 games this season and that is 55% of games where they have not been able to find the back of the net.

Previously, Chicago Fire drew 3-3 in the MLS match with New York Red Bulls. In a total of 5 out of the previous 6 clashes featuring them, 3 or more goals have gone in. The average number of goals scored by the visitors stands paltry at 0.83.

New York City has enjoyed playing at home recently, with the side currently unbeaten in 6 games across various competitions. They have also won all of their last 6 h2h games played at home.

Meanwhile, Chicago Fire are winless in their last 4 away games of which they lost thrice. Moreover, they also have poor track record at Citi Field.

By the looks of things, expect a victory for the hosts this Sunday.