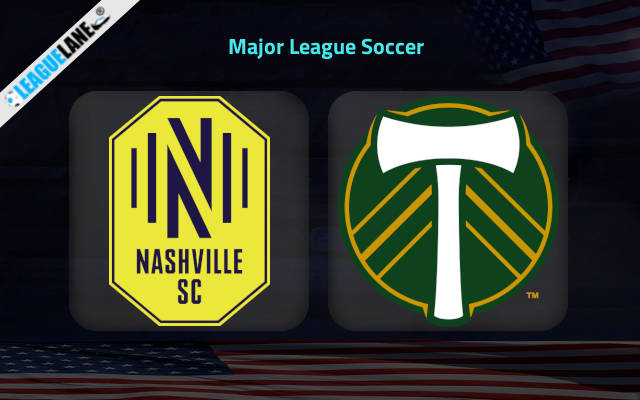 Round 18 of Major League Soccer is being scheduled as Nashville play host to Portland Timbers in Western Conference. Both these sides differ by 4 points and 2 places and they will be seen battling it out at Geodis Park, this Monday.

Nashville is at the 5th spot on the standing with 26 points from 17 games. They won 7 times in the league while having drawn and lost 5 times each. Within the Play Off promotion zone, they have scored 22 goals in total while their backline have conceded 19 in total.

The hosts head into this game following on from a 1-1 Open Cup drawn match against Orlando City. They have been scored against in 5 of their previous 6 games, letting in 7 goals along the way.

On the other hand, Portland Timbers resides at the 8th position on the table with 22 points. Of the 18 matches played, they won 5 times in the league while having drawn 7 and lost on 6 other occasions. It’s possible we will see a couple of goals here, with the last 8 games for them ended with 2 goals or more being scored.

The Timbers go into this match following on from a 2-1 MLS win as they beat Houston Dynamo in their most recent match. In their 9 most recent away matches of Major League Soccer, the visitors have achieved just one win. They had put together a good run of form and has now gone 3 games without defeat.

Nashville lost only once from their last 6 MLS schedules. In their 53 most recent matches in the league, the home side have been undefeated 44 times. Coming into this game, the hosts have picked up 8 points from the last 5 games, both home and away.

Meanwhile, Portland Timbers are without an away win since their last 7 games played on road. They won only one away game this season and they tend to give results only at home. Even their previous h2h win was seen at home.

By the looks of things, expect a victory for Nashville this Monday.