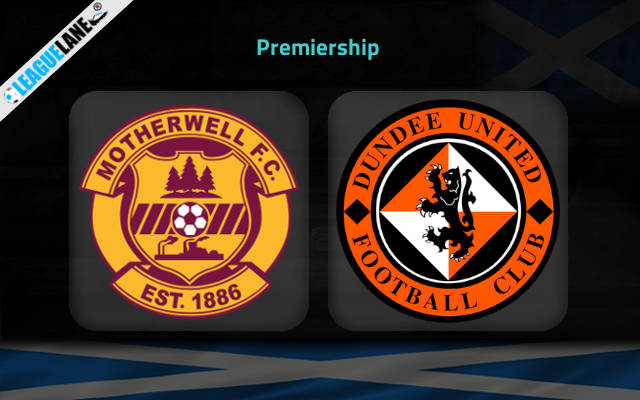 Both the teams are in the zone of getting promoted to Championship Group and are placed one below the other on the table. A win for visitors will help them climb up the table but a win for hosts ensures their sustainability at the top 6. The match is set to kick-off at Fir Park this Tuesday.

The visitors sits at the 4th spot with 25 points in hand. Of the 15 matches played, they won 7 while the number of games drawn and lost share 4 each. They have the least number of goals scored in the top 6 standing at only 15 while conceding 14.

They gave the last match to a draw against Ross County after a injury time goal from Jack Baldwin. That clearly showed their lack of defending maneuvers lately. They have only a a single win in the last 5 games against Aberdeen.

The hosts are just below them at 5th spot securing 2 1points in 15 games. They won and lost 6 games each with the number of draws stands at 3. They have more conceding goals than scored ones marking at 19:24.

They lost the previous fixture against Dundee FC by 3-0 but have won 2 out of the last 5 matches against Aberdeen and Hearts. Fixtures involving Motherwell have proved to be entertaining affairs recently with high scoring being a real hallmark.

Looking at their form, Dundee United have been scored against in 5 of their last 6 games, seeing opposing sides hit 9 goals in all. While considering The Wells, over their past 6 games, a grand total of 21 goals have been recorded for both sides combined.

Ahead of this meeting, The Tangerines haven’t won away from home in the past 3 league matches while the hosts have not emerged victorious against this foe in their last 2 league matches.

A possible draw can be expected as both the sides are pretty much even and won a balanced h2h matches in the past. Settling for a draw will give both the teams a point to add on however scoring from both sides can be seen.