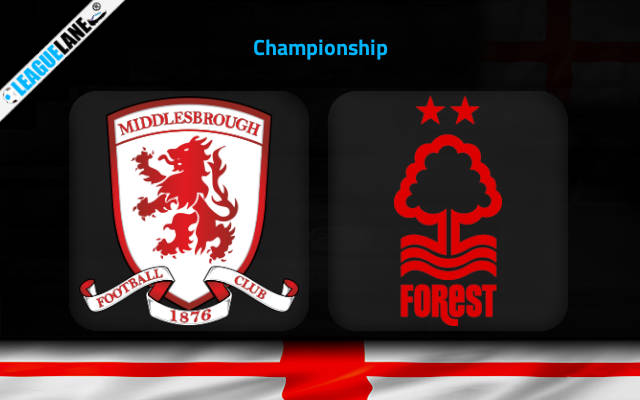 Nottingham Forest with a great run of form has made themselves serious contenders in the promotion picture. Middlesbrough meanwhile is not far behind them and themselves are in no bad form either.

Consequently, the outcome of the fixture between these two clubs this Sunday at the Riverside Stadium could have some repercussions in the race for the promotion play-offs.

Undefeated in 4 games, Boro won 3 of those fixtures. With the most recent being on matchday 23 by a 1-0 score line against 2nd place Bournemouth.

Thus with 10 points from their last 5 league matches the team is 9th in the league table, a point behind their opponents for Sunday.

The Reds meanwhile are undefeated in their last 9 league games. However, they have dropped considerable points in those fixtures as 5 draws were registered during that period.

With 11 points in the last 5 matches, the club is 7th in the Championship, a point behind 5th place QPR. They were last seen in a 2-1 win against Hull City at home.

Despite upsetting title contenders, Bournemouth in their last home fixture the hosts have won just once preceding that in 4 games. The visitors meanwhile have gone 9 away matches without a defeat in which they managed to register 5 wins.

Considering the above I do not see the visitors making the trip back to Nottingham empty-handed.

The 33 year-old is currently the league’s joint 5th highest goal scorer and is likely to get on the score sheet once again this Sunday.