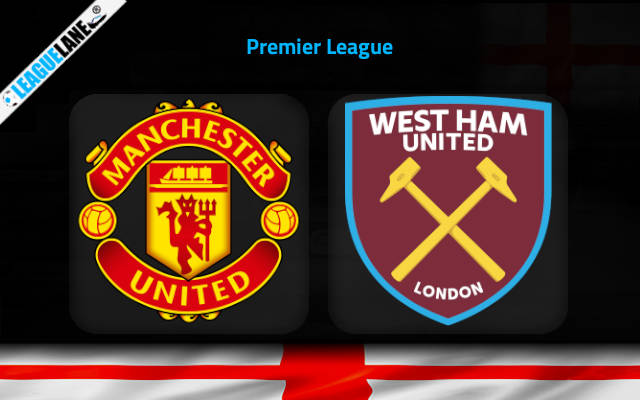 Manchester United host West Ham in the last game of Matchday No 14 on Sunday afternoon at Old Trafford.

Both teams grew in form and confidence in the last month following a somewhat slower start to the season.

Manchester United look to have found the right rhythm under Erik ten Hag. They are 6th in the Premier League standings with 6 wins, 3 draws, and 2 defeats since the beginning of the season.

The Red Devils have improved their defensive performances drastically in the recent weeks. They have allowed only a single goal in the previous three league outings.

That lone goal came last weekend in a 1-1 draw to Chelsea at Stamford Bridge (Jorginho’s penalty-kick).

The Red Devils were a much better side on the pitch in the match against Chelsea. They did not allow the counterparts much in the final third on the occasion.

We thus really like Man United’s chances of a clean sheet here against West Ham who have only found the back of the net three times in six away fixtures this season.

The Hammers took advantage of the somewhat easier schedule in the recent weeks to pickup three wins in the last five league rounds.

The latest was a courtesy of a 2-0 success at home against Bournemouth in the last game of the previous Matchday on Monday night at London Stadium.

Everything, including form and tradition, points towards a home win in a low-scoring contest. We are very much keen on backing Manchester United to win & Under 2.5 goals FT bet at the odds of 4.33.

The braver punters can try with the Red Devils to win 1-0 at the odds of 8.50, especially since four of the last five H2H games ended with this exact scoreline.