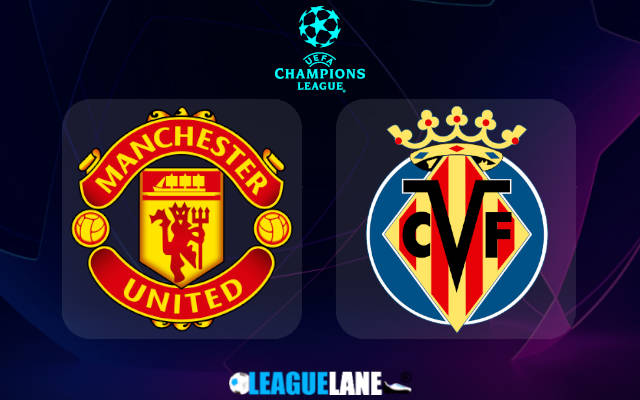 Manchester United and Villarreal renew their rivalry on matchday 2 of the Champions League 2021/22 season after failing to win their respective game on tournament’s opening day.

In their last head-to-head meeting, the Yellow Submarines crowned Europa League champions after striking lucky in a marathon penalty shootout. That was the fifth overall meeting between the teams, met twice at Champions League group stage before and all previous 4 games ended as goal-less stalemates.

Will this trend end at Old Trafford this Wednesday ?

We wait to see a response from Manchester United players after they were beaten in back-to-back games by West Ham and Aston Villa in the space of 4 days. This also brought enormous pressure on Solskjaer with the team opening their Champions League campaign with a 1-2 win at Young Boys Bern.

Villarreal were expected to do better this season after finishing 11th in the La Liga last season. They are only here because of the Europa League success and not for their performance in the domestic league.

The season has not started well for Unai Emery with the team managing only 1 win from 8 matches across all competitions so far. However, they are unbeaten if you look at the scores at the 90 minutes mark, obviously the number of draws they raked up in the period is 7.

Similar thing happened when they hosted Atalanta on matchday 1. The match ended 2-2, neither team had any complaints with the final outcome.

This will be the 6th overall head-to-head meeting between Manchester United and Villarreal. All previous 5 ended in stalemates with 4 of those prior to the Europa League final of last week recording the same 0-0 scoreline.

United have a moderate home record versus Spanish La Liga teams after managing 10 wins and 12 draws from 28 matches along with 6 defeats.

Villareal on the other hand have a poor away record in English soil after managing a solitary win in 8 attempts along with 3 draws and 4 losses.

Unai Emery will be a busy man at the moment assessing the football field at the Old Trafford pitch since he will be bringing a big bus to park whose positions must be changed at the end of first half.

This tactic worked well for Villarreal in the Europa League last season, but a majority of Spanish teams got the better of this last season, proven by their low 11th spot in the 2020/21 La Liga table.

Last week has not been good for Manchester United, 2 defeats in a row, though they believe they didn’t play that bad and Wednesday will be the day to prove the doubters wrong. And streaks and records are there to be broken.