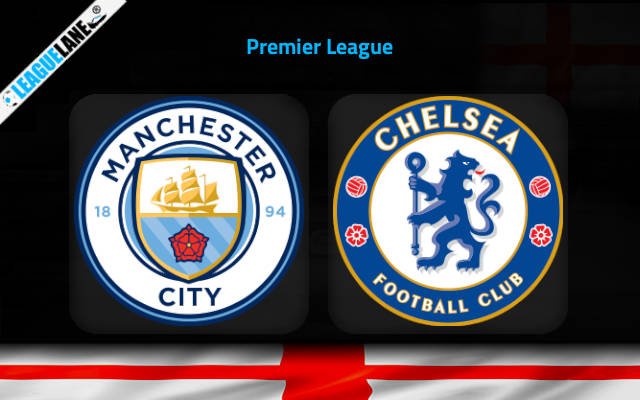 This is a potential title-decider for the English title. Defending champions Manchester City take on reigning European champions Chelsea.

As expected, these two are placed in the top two spots, and have easily been miles ahead of the other squads in the league. Only Liverpool have been able to provide some kind of a competition.

Moreover, this will also be a repeat of the Champions League Final of the past season, where Thomas Tuchel’s men were edged over with a 1-0 win – thus denying the first ever continental title for the Citizens.

And Pep Guardiola’s men responded with a 1-0 win in the first half of the PL season, and currently they have taken the first position in the league table as well.

As such, it’s safe to say that there is a fierce rivalry brewing between the teams, and we can surely expect a great encounter at the Etihad this weekend.

Judging the quality of either squad, and the sheer will to not bow down from both sides, expect a relatively low-scoring affair.

Guardiola’s men recorded a 1-2 win on the road the last match-day, against Arsenal. They are also on a seven-fixture winning streak, and they had kept clean sheets in four of these.

Going on, they had won 13 of their former 15 appearances at home, and they had also kept clean sheets in two of their preceding three home games.

On the other hand, Tuchel’s men were held to a 2-2 draw by Liverpool in the league the last game week. They are on a 10-game unbeaten streak, and they had remained so in 22 of their past 23 fixtures. Moreover, they had also kept clean sheets in eight of their past fifteen road trips.

Taking into account these observations, expect an entertaining, low-scoring match this weekend.

Tips for Manchester City vs Chelsea