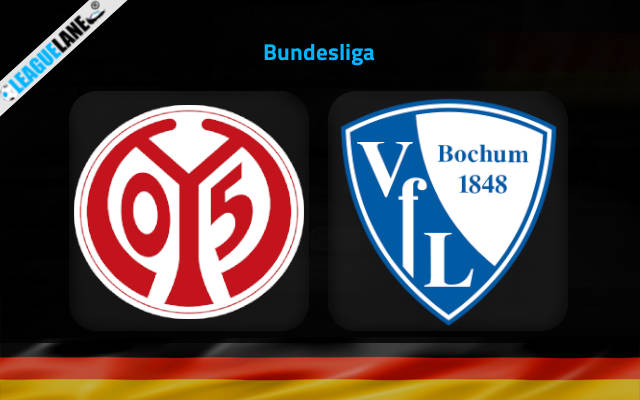 Both these teams have been facing issues with form lately. However, Mainz have been making amends with their good performances at home. In fact, they are on a long unbeaten streak at this venue, and have been finding the back of the net regularly in such games.

They are also trailing just four points below the cut-off for a top-six position, and will be eager to gun for a European ticket.

Meanwhile, Bochum have been on a long winless run, and particularly on the road, they have been a mess for quite some time.

In fact, they have been conceding goals in huge numbers in away matches all through the campaign, and so far they have been able to register just two wins on the road. Both these victories had come against relegation-battlers.

By the looks of things, expect a win for Mainz this weekend.

Mainz did lose 4-1 on the road the last match-day. But it was against Leipzig, and they have also had a tough schedule lately.

This will give them even more motivation to go after a victory this weekend. Going on, they have been one of the best teams at home in 2021-22.

In fact, they have been on an unbeaten run at home since February, barring just two losses. And these had come against the second-placed Dortmund, and the seventh-placed Union Berlin.

On the other hand, Bochum did win 1-0 at home the past game week. But it was against the struggling Wolfsburg. Before that they were on a three-fixture winless run, and two of these were losses.

Moreover, they have a 100% losing record on the road this season, barring wins against two relegation-threatened teams.

Considering these observations, expect a win for Mainz this Saturday.

Tips for Mainz vs Bochum