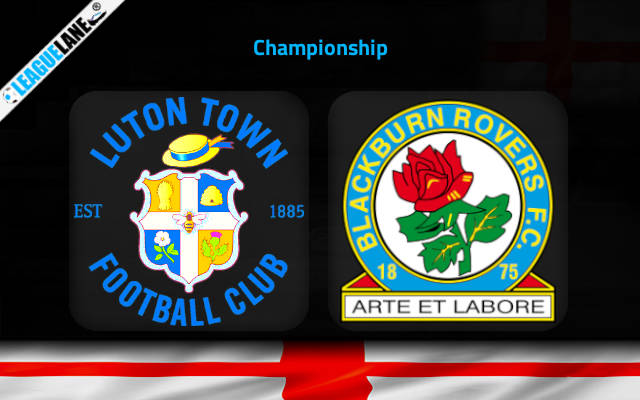 Blackburn is in the zone for promotion to Premier League at the second spot while Luton is far down below having lost their previous league fixture. Both teams lost a game, won three and drew another from the past five league appearances. To catch up with Fulham at the top, the visitors are hoping to gain all 3 points at Kenilworth Road this weekend.

Blackburn Rovers is at the 2nd spot on the standing with 52 points from 28 games. They won 15 times in the league while drawing on 7 and losing on 6 other occasions. They have scored 45 in total while conceding a sum of 30 which shows some room for improvement in defense is urgently needed.

The Riversiders will go into this match following on from a 1-0 Championship win agaisnt Middlesbrough in their previous match. Tony Mowbray’s men have managed to stick the ball in the net a total of 6 times in the course of their most recent half a dozen matches. The total number of goals that they have conceded during that same period adds up to 6.

On the other hand, Luton resides at the 13th position on the table with 35 points. Of the 25 matches played, they won only 9 games while drawing and losing on 8 matches each. Their total goals to conceding ratio stands at 36:31 so far in the league.

The Hatters had a 2-0 league defeat in their last game at the hands of Sheffield United which ended their hat-trick run of wins. Over their prior six fixtures, Nathan Jones’s Luton Town have bagged 13 times, gaining an average number of goals per match of 2.17.

Ahead of this clash, Luton Town haven’t beaten Blackburn Rovers in their previous 3 league matches. We envisage a draw happening this weekend as their last h2h. Moreover keeping aside a clear cut winner is tough since both express the same form as of recent.