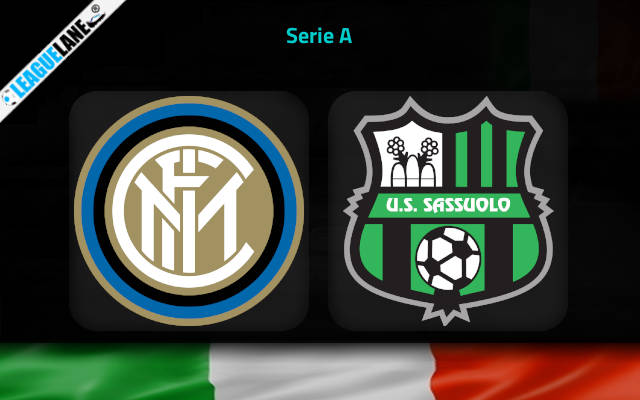 Inter Milan are finally looking ahead of a somewhat easier fixture on Sunday afternoon when they play host to Sassuolo in Gameweek No 26 in Serie A.

The reigning champions have played the likes of AC Milan, Roma, Napoli, and Liverpool in the last four matches across competitions.

A return of one point from the last two league games against AC Milan and Napoli dropped I Nerazzurri to the second position in the table as Simone Inzaghi’s men are now one point shy of their city rivals atop.

Inter are also on the best way to suffer the UEFA Champions League elimination after a 0-2 home defeat to Liverpool on Wednesday evening in the first leg of the last 16 round.

I Nerazzurri will thus be highly motivated to return to winning ways here against Sassuolo. However, they will need to be at their best to pull off the wanted result here because I Neroverdi are capable of beating any opposition in this competition on their day.

Sassuolo currently sit in the middle of the Serie A ladder with nowhere to go at this stage of the season.

They will travel to Stadio Giuseppe Meazza without any pressure despite a streak of four straight matches without a win across competitions.

We’ve seen at least three goals in all of the previous five head to head encounters between the two teams.

Inter Milan will head into this on the back of four wins and a draw in the last five clashes against Sassuolo.

Inter Milan will be highly motivated to get back on winning track after a series of tough matches across competitions. They need points to keep ground on city rivals in the battle for the top of the standings.

Since all but one of twelve games Sassuolo played on the road in this term of Serie A provided goals at both ends, we are very much tempted to back the Home Win & Both Teams To Score bet at the odds of 2.40 here.