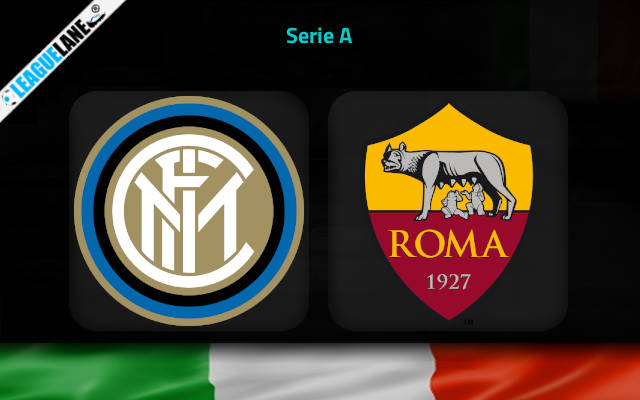 Both Inter Milan and Roma have been playing hot and cold so far in the season. As a consequence, the two teams sit five and four points shy of joint-leaders Napoli and Atalanta respectively.

The rollercoaster start to the 2022/23 campaign only adds significance to their head to head encounter in the 8th round of the competition.

Inter Milan come into the tie as the favorites, namely because of the superb form at Stadio Giuseppe Meazza so far in the season.

I Nerazzurri have won all three league outings in their own backyard this term, registering a fine 7-1 goal difference in the process.

The problems appear when they have to travel, just as we saw two weeks ago when the last year’s runners-up fell 3-1 at Udinese.

Speaking of the defeats to Udinese, we have to mention Roma’s toughest loss of the season which came just in Udine where Jose Mourinho’s men fell 4-0 at the start of the month.

The Romans also got off to a shaky start in the UEFA Europa League with the 2-1 loss to Ludogorets on Bulgarian soil.

If we add the previous round’s 0-1 home defeat to Atalanta, we can argue about a drop in form for Jose Mourinho’s troops.

Stadio Giuseppe Meazza is not the place where you can hope to rebound after such results, even if your name is Jose Mourinho (who led Inter Milan to biog trophies during his spell there a decade ago).

Inter Milan have a perfect record at home in Serie A this term (7-1 goal difference). They have beaten Roma in four consecutive head to head affairs.

We have to take the home win pick at the 1.95 odds, while you can hardly make a mistake backing the hosts to net two or more goals here at the 1.83 odds.