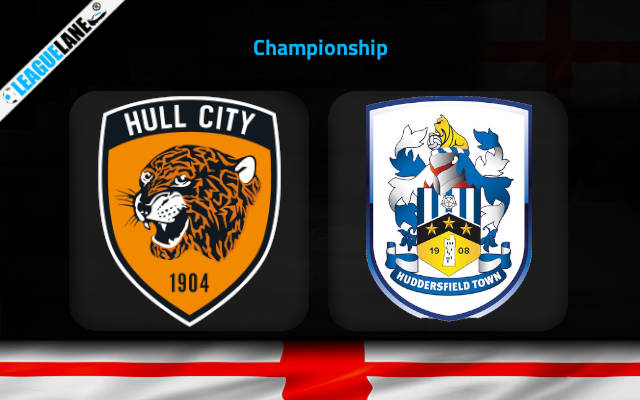 Hull City host Huddersfield Town in the first game of the 40th Championship Matchday on Friday evening at The MKM Stadium.

The match has a much bigger significance for the visitors who have put their post-season action in jeopardize after a streak of two defeats and a draw in the previous three rounds.

The Terriers are now only four points ahead of seventh-placed Middlesbrough who also have two matches in hand on them and they could easily drop out of the top-six spots without a turn in form.

Huddersfield Town provided one of the weakest performances of the season in a tough 0-3 loss to Bournemouth before the international break.

The Terriers have thus failed to find the net in the last two league losses, shipping five goals in the process.

If we count the FA Cup defeat to Nottingham Forest, they have three losses and a draw in the last four matches in all competitions. Carlos Corberan’s troops have allowed two or more goals in each of these ties.

Hull City do not have anything but pride left to play for in the remaining seven games of the season. They are on a safe distance from the red zone but can’t move up to the top half of the standings.

The Tigers have also revealed defensive woes two weeks ago when they fell 1-3 at home to Luton Town.

Huddersfield Town will rely on the recent tradition as they have won each of the last three head to head affairs against Hull City.

However, the Terriers have a dreadful record on the road against Hull City who have won six, drawn one, and lost one of the last eight home ties against Huddersfield.

We’ve seen three or more goals in three of the previous four head to head clashes between the two teams.

We expect goals on Friday night at The MKM Stadium since neither Hull City nor Huddersfield have been capable of keeping things quiet at the back recently.

Also, since Huddersfield Town have a disastrous record away from home against the Tigers, we will back Hull City to pick up the spoils here at the 2.75 odds.