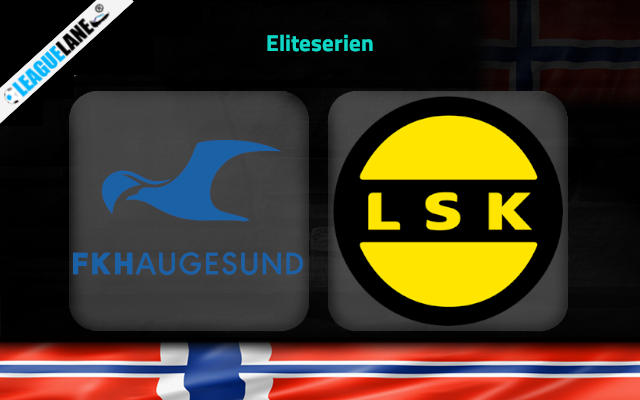 The Seagulls welcome The Canaries at home on Sunday evening which promises to be an enthralling encounter filled with emotions on and off the pitch as well.

The home team are currently struggling to find results as they have lost their last two fixtures against Odd and Molde respectively.

Even though they have lost, they lose by giving the opposition a good run for their money. In the defeat against league leaders Molde, Haugesund scored 4 in a 9 goal-fest at Aker Stadion in Molde.

The following week against Odd, Haugesund scored twice in a 4-2 defeat away from home.

The fans of The Seagulls are surely proud of their boys who have shown character, determination and fight to get a result and on Sunday evening, at home, the fans will be right behind their team who should see this game through against their Opponents.

On the other hand, Lillestrom have been quiet impressive this season as they sit in 5th, Level on points with Rosenborg and just 1 point off Kristiansund.

Their recent results have dipped quietly and they will be hoping to make amends when they take on the home side in a few days.

Lillestrom come on the back of a defeat against Bodo/Glimt and they will be looking to get back on track to finish the season on a high by putting a string of results together.

The home team will have the added boost of playing at home against an opponent who is higher than them on paper. The fans will be buzzing behind their team and this should result in a good encounter between both these sides.

Consequently, we fancy a win for the home side as they will once again go out all guns blazing against their opponents.

At the same time, we also see more than 3.5 goals coming in this game as that has been the pattern over the last few games that Haugesund have played in.