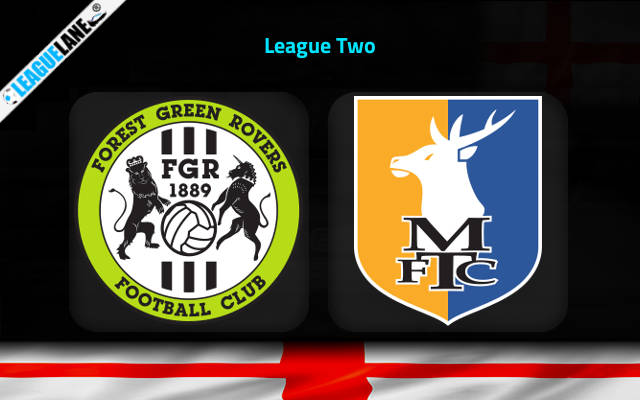 Both teams have form on their side, but Forest Green had a difficult run of results in February and they were winless in 7 games before the latest back-to-back 1-0 wins against Colchester and Scunthorpe.

The hosts should have been in a much better position at the top of the table, yet a 4-point lead over Exeter is decent. Also, teams ranked 3 to 6 are 9 points behind which means Forest Green must qualify to League One from here.

Mansfield are sixth in the league and they are one of the most consistent League Two sides after a horrendous start to the season. They lost just 2 of the last 20 games, making themselves one of the toughest team to beat in the division.

However, they are less effective while playing from home and only won 4 of the last 10.

Forest Green’s success is built on the back engine of a strong defense and they have conceded just 5 goals in the last 12 home games. Mansfield are an adventurous side, but they will find it tough against a resolute defense line.

The under 2.5 goals full-time is the best option here, came true in 14 of Forest Green’s last 17 home games this season.

We will back the correct full-time score 1-0 in favour of the hosts along with it, odds priced at a massive 7.50 odd.