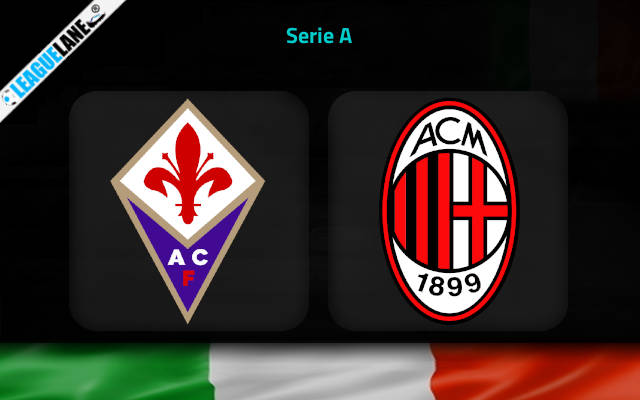 Fiorentina played a tight match against Juventus in the previous round, losing just 1-0 away in Turin on the occasion.

Milan have the second-best defense in the division and only one of the last four games they played in all competitions saw three or more goals scored. The Under 2.5 goals FT is the primary betting option here.

Milan’s unbeaten run in the 2021/22 Serie A campaign will be on a serious test on Saturday evening when they travel to Stadio Artemio Franchi to take on Fiorentina.

While Fiorentina have usually lost the clashes against stronger teams so far in the season, we all know they are well capable of getting a result against any opposition in this division on their day, especially at Stadio Artemio Franchi.

Viola were moments away from securing a draw at Allianz Stadium before the international break but were unlucky to concede a 91st-minute goal and eventually lose 1-0 at Juventus.

It was the fourth loss in the last six league outings for Vincenzo Italiano and his troops.

However, Fiorentina did win each of the last two home matches in the league, both with the same 3-0 scoreline (against Cagliari and Spezia respectively).

They are now up against Milan who have won 10 and drawn 2 of the opening 12 matches of the season.

The Rossoneri share the very top of the standings with Napoli at the moment. Milan played a 1-1 draw to bitter city rivals Inter Milan in the previous round.

They boast the second-best defensive record in the league with just 9 goals shipped in the inaugural 12 outings.