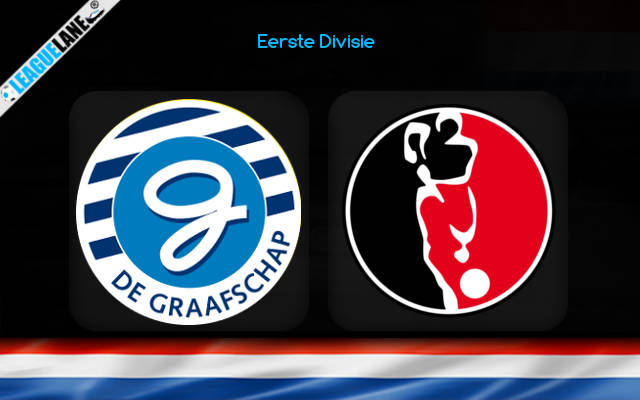 Graafschap with a recent win landed in the zone for Eredivisie promotion. The visitors is at the third last spot, in dire need of a win takes an outing to De Vijverberg this Friday. However, the home team sets to extend their lead in order to climb up the table.

The home side is at the 5th spot having 33 points from 18 games. They lost 5 games while drawing on 3 and winning on 10 occasions. They have scored 31 goals in total while conceding 22 with a slight room for improvement in defense.

Graafschap won the last game by 3-2 against Jong PSV. They found the back of the net every single time from the past 6 games scoring 11 in total.

Wil Boessen’s team is in the third last at 18th position on the table. From the 18 games played, they won and drew 4 games each while the number of losses stands at 10. On considering the other teams, they have conceded only 29 goals at the same time scoring a miserable amount of 16 which is the lowest in the league.

Helmond has been scored against in 5 of their last 6 games, conceding 12 goals overall. Their last match against FC Volendam saw a 1-1 draw. Out of the 8 away fixtures till now, they won only on 1 occasion against Dordrecht who are currently at the bottom of table.

The hosts have won just one of their last 5 Eerste Divisie home games while the visitors has also won only 1 out the last 5 away fixtures. Mike Snoei’s team are without a win at home for the past 2 league games which makes this fixture a crucial one.

At the end of final whistle, the home side could probably emerge victorious as they have won more h2h matches in addition to the visitor’s terrible away performance.