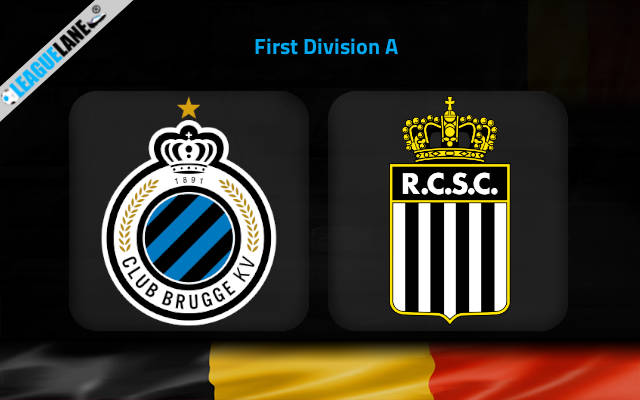 Club Brugge vs Sporting Charleroi Predictions and Free Tips from our expert tipsters when the teams go head-to-head in Jupiler League on Sunday, 22 January 2023.

Club Brugge’s form has declined in the past few weeks. Now they have a chance to end this form as they have a good record against Charleroi. Previously, they held Anderlecht to a 1-1 draw.

Meanwhile, Charleroi played well against Cercle Bruges last time and picked up all three points. The main concern for manager Frank Defays is that his team has played poorly on their away trips.

Looking at the previous records, the host are on a three-game winning streak against this team. Both teams last met back in August and the Brugge won that game by 3-1.

Another interesting fact is that the last time Charleroi won this fixture at this ground was way back in 2020.

Who will win the match between Club Brugge and Sporting Charleroi?

The past records show that the host have won this fixture on numerous occasions starting in 2021. Also, they have won the last three head-to-head matches against this team. Therefore, we can expect Club Brugge to take all three points from this game.

This fixture is a low-scoring one in recent times at Jan Breydel Stadion. In the last four meetings, the game ended with a less than two goals combined. The only exception is the most recent meeting back in September.

This fixture has seen only one team finding the back of the net in the last four years at Jan Breydel Stadion. We can back the same trend this time as well.

The current host have scored two goals in their last two victories against this team. Therefore, our first tip is that Club Brugge will win this game by 2-0 – the odd for this tip will be at 7.00 odd.

Also, you can back on Under 2.5 goals to be scored – at 2.15. The main reason for this tip is that the last six matches between these two teams ended with not more than two goals being scored. The only exception is the September fixture.