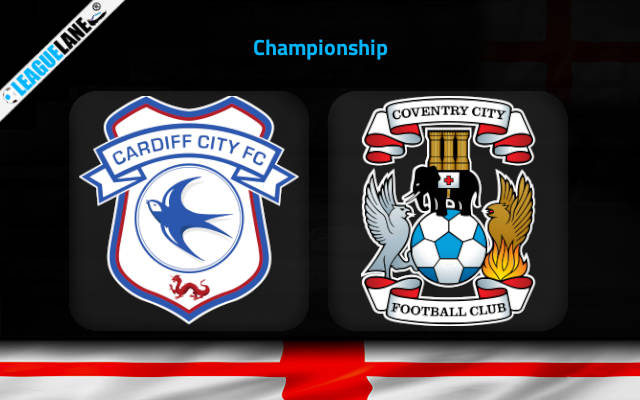 Coventry’s recent resurgence finally ended when they lost to Burnley last time in the Championship. An important fixture is on the cards for Mark Robins’s side as they will travel to Cardiff City Stadium to clash with Cardiff City.

The host are in decent form of late. So far they are unbeaten since the beginning of this month. Most recently, they managed to defeat Wigan Athletic by 3-1. The main striker Callum Robinson opened the scoresheet by netting in the seventh minute of the game.

This victory took them to the eleventh spot on the table ranking. It is important to note that manager Steve Morison is experimenting with his team’s formation, as in the last three matches he changed the formation three times.

Conventry‘s season till now have been similar to that of a sinking ship as half of their fixtures have ended in a defeat. Most recently they were defeated by Burnley by a narrow one-goal margin. This result finally ended their unbeaten streak of four matches.

It is interesting to note that the visitors have won only once this season.

Moreover, the last time the host lost a Championship game was on the 17th of September.

It is also important to mention that Steve Morison and his men have the best opportunity possible to enter the top ten on the table. The visiting side is rooted to the bottom of the table since the beginning of this season.

Our prediction is that Cardiff City will win by 2-0 – the odd for this tip will be at 10.00. In three of the last five head-to-head encounters at Cardiff City Stadium, the host have won this game exactly by a 2-0 margin.