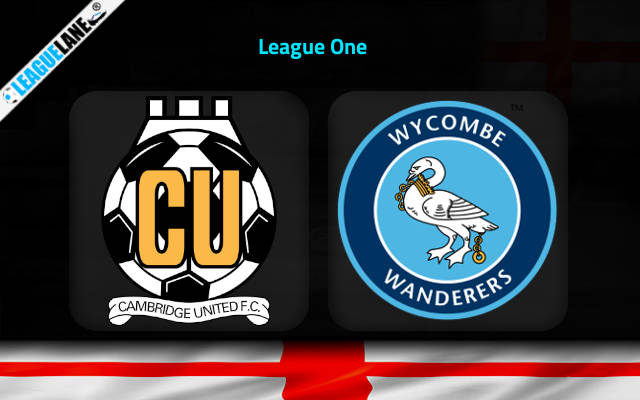 With a 5-game unbeaten run in the league, Wycombe Wanderers is set to face Cambridge United who are only 4 spots safe from relegation. They both cross swords each other at Abbey Stadium this Tuesday.

The U’s are at the 16th spot on the standing with 48 points from 39 games. They won and drew drawing 12 games each while losing on 15 other occasions. The hosts are going through a rather poor stretch of performances at the moment conceding more often.

Cambridge United will be looking for a repeat result of a 1-0 League One triumph over AFC Wimbledon. A common characteristic of their recent games is the number of nil scores. Taking their prior 6 clashes before this one, in 5 of them saw only one side scoring.

On the other hand, The Chairboys are at the 8th spot on the standing with 66 points from 39 games. They won 18 times in the league while drawing a dozen and losing on 9 other occasions. They have a good attacking front but need to improve their defense as they have been conceding often.

Wycombe enter this fixture coming off the back of a goal-less drawn match over Portsmouth. They have kept a clean sheet in each of their last 3 home league games. They have given the opposition little, seeing the total number of goals that have gone in at their end during their past 6 outings stands at 4.

Cambridge won only 7 home fixtures of their 19 games played at Abbey Stadium this season. They are also on a 2-game winless run at home.

Coming into this one, Wycombe remain undefeated by the U’s when they have played them away from home in the previous 2 league games. They are also undefeated in 73% of the games played on road this season.

By the looks of things, expect a win for Chairboys, this Tuesday.