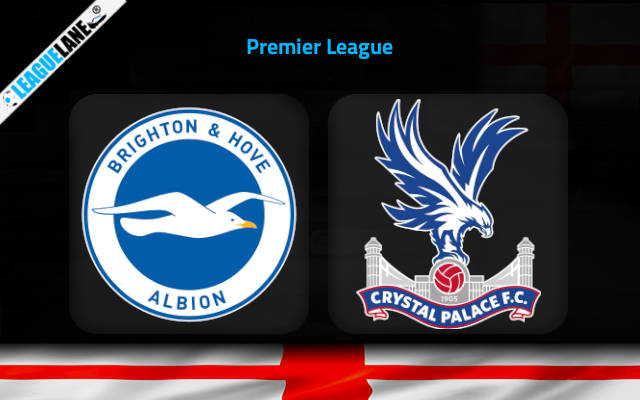 Brighton and Crystal Palace will open the Matchday No 22 in Premier League on Friday evening when they take on each other at The American Express Community Stadium.

Both outfits will enter the tie on a high after wins over Championship sides West Brom and Millwall respectively in the last weekend’s FA Cup action.

Brighton found a late equalizer against WBA through substitute Jakub Moder nine minutes from time, while striker Neal Maupay found the winner in the eighth minute of the extra time at The Hawthorns.

The Seagulls have also been great in Premier League of late. They won two and drew one of the last three league outings despite playing Chelsea and Everton in the last two matches along the way.

Crystal Palace also celebrated a 1-2 victory in the third round of FA Cup. They dispatched Millwall away at The Den, following another great performance from Michael Olise who made the difference with a goal and an assist on the occasion.

It was the sixth consecutive match with three or more goals for Palace across competitions. The Glaziers do miss their talisman Wilfried Zaha (away at AFCON), but they still have predators up front in the likes of Odsonne Edouard and Christian Benteke.

Nevertheless, Crystal Palace’s defensive line is a big worry. The team conceded three goals in two of the last three Premier League fixtures and they also failed to keep a clean sheet last weekend at Millwall.

The draw has been by far the most frequent of the outcomes in the recent head to head tradition between these two outfits.

We expect the continuation of such a trend and certainly find great value in backing the stalemate at the 3.30 odds. You can alternatively back goals at both ends at the sky-high 1.95 odds.