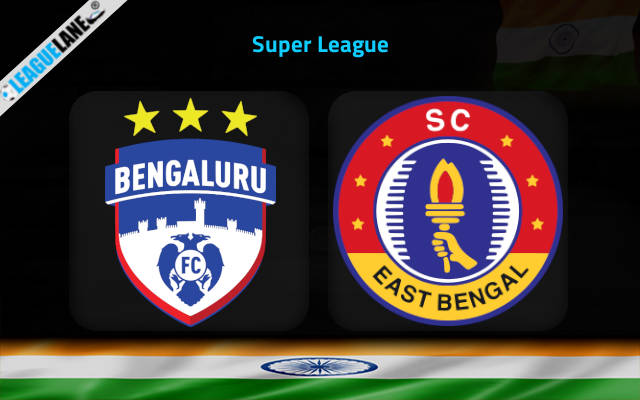 In game week 10 of ISL, Bengaluru FC faces East Bengal for their next match on Tuesday at Goa.

Bengaluru is in the 8th position on the league table with 9 points from eight matches. The team played their last match against Chennaiyin FC, which ended in a win for the team after they scored four goals and Chennai could score only two. The match ended with 2-4 FT score.

Bengaluru has 2 wins, 3 draws and 4 losses do far in their league matches. After a win in their first match of the season, the team has secured their second win in the last match. From the nine matches, they have scored in seven matches.

The team has played four matches in their home ground and has secured only one win. They have scored in all their home matches and have scored two or more goals in two of the matches as well. Their last home match was against ATK Mohun Bagan, which ended in a draw after both teams scored three goals each for their team.

East Bengal is dead last in the league table after their eight matches and has achieved only 8 points. Their last match was against Hyderabad FC, which ended in a draw after both teams scoring goals for their team. The match ended with 1-1 FT score.

Bengal has 0 wins, 4 draws and 4 losses from their eight league matches. They have scored eight goals from their matches and have not scored in three of the matches.

The visitors have played four away matches in the league so far and have no wins. The team has scored in two of their away matches and has scored a greater number of away goals in the second half. They played their last away match against Hyderabad FC.

Both teams have not exhibited a strong performance this season. Bengaluru has won two games and East Bengal none. The match is likely to end in a win for Bengaluru. Both teams have scored in their recent matches as well. We believe the match could end with over 2.5 goals.