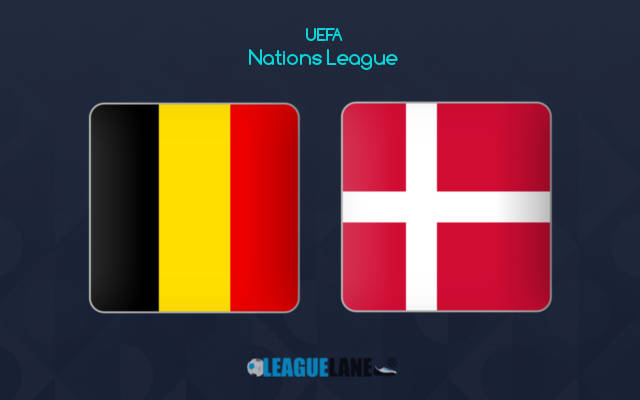 Les Diables Rouges are at the top of the table, and have a lead of two points. And this Wednesday they are pitted against their closest competitor, the Danish Dynamites.

As such, Roberto Martinez’s men need just a draw to ensure that they become group champions, and thus progress to the semis of the competition. On the other hand, Kasper Hjulmand’s men need a win at any cost to get to the final-four of the tournament.

By all means we can expect a fierce game at the King Baudouin Stadium.

However, it needs to be understood that Les Diables Rouges are currently ranked first in the world, and have been one of the absolute best teams in the world for the past few years.

They had also defeated this same opponent in the reverse fixture, and that too on the road with a clean sheet.

Likely, expect Belgium to continue their dominating run this game week as well.

Les Diables Rouges recorded a 2-0 win at home the last match-day, against the impressive England side. In the meantime, Hjulmand’s men registered a 2-1 win at home against Iceland.

In fact, they registered a combined scorecard of 40-3 from their ten-match long run in the Qualifiers.

On the other hand, the Dynamites were winless in four of their total eight fixtures in that tournament, and as of now, they have remained winless in 10 of their former 15 road trips.

Going on, they also had lost the reverse fixture (at home nonetheless), and have been winless against this opponent since 1995.

For the reasons, expect Belgium to deliver a win this Wednesday, and ensure their participation in the semis in style.

However, Hjulmand’s men have nothing to lose, and they will give their absolute best on the pitch. They also need a win at any cost, and will relentlessly attack the opposing goalpost all through the ninety minutes.

And this will result in one of two outcomes. Either the hosts will crumble under pressure and concede goals, or the terrifying offense of Martinez’s men will take advantage of the vast spaces at back.