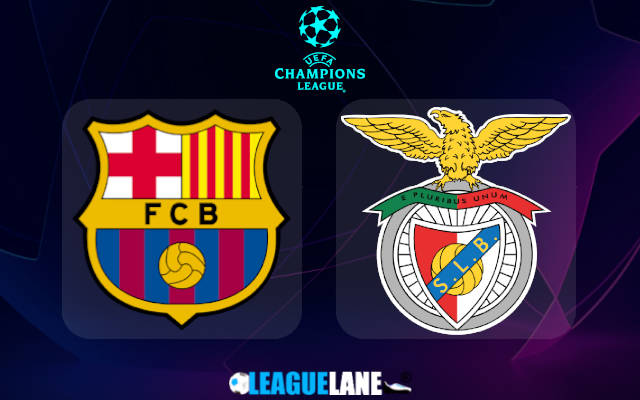 Benfica will head to Camp Nou to take on Barcelona who are looking for a new lease of life under the management of their former midfield talisman, Xavi Hernández. S.L. Benfica would hope to get the double over this side after shocking them with a 3-0 win at home in September.

The visitors will need to register a win here to keep fate in their own hands in the final game week of the competition, a loss here for them will leave them battling it out with Dynamo Kyiv for a spot in the Conference League, which will see the hosts go through to the knockouts. Read our Preview, Predictions, and Betting Tips with Analysis here.

Barcelona vs Benfica Prediction and Analysis

After 2 demoralising losses against Bayern at home and Benfica on the road in the opening two games of this tournament, Barça managed back-to-back wins against Kyiv in home and away games. They are now set to turn their fortunes in return games.

With 2 wins and 2 losses, they are second in Group E, 6 points behind Bayern Munich who have a perfect record in the campaign so far. In La Liga, the team is in 6th place with 20 points through 13 games. They are 10 points behind arch-rivals Real Madrid.

Blaugrana are hoping to begin a new era of dominance under Xavi who has started his managerial career at Barca with a 1-0 win over local rivals Espanyol at home.

The Reds, on the other hand, are part of a three-horse race in the Portuguese League. 11 games into the season in the league they have lost just once and with 28 points to their tally they are just a point behind Porto and Benfica.

Apart from their win against this opponent they have managed only a point in the campaign through a draw against Kyiv at home in a goalless game on the opening day of the competition. Two huge losses against Bayern in home and away games has put them in an area of concern in regards to the goal difference.
They find themselves third in Group E, two points behind their opponents for Tuesday but 3 points ahead of Dynamo Kyiv who are bottom of the group.

Camp Nou, despite being in midst of a troubling period, have seen the hosts lose only to Bayern and Real Madrid at this famous venue. The visitors meanwhile have registered a win only once within the regulation period in their preceding 5 games on the road.

The visitors have not been at their very best in away games recently, they however, have managed to get on the scoresheet in their last 6 games away from home and with the Catalonians conceding the second-most goals by any team within the top 8 teams in La Liga, both teams should get on the scoresheet.