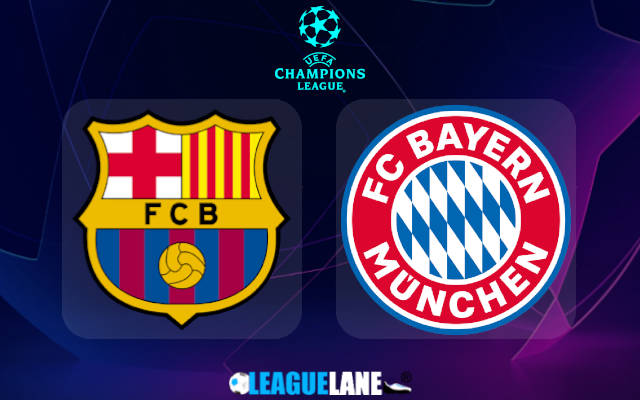 Barcelona dropped the ball in the double-header with Inter Milan and now have a mountain to climb to advance to the knockout stage of the UEFA Champions League.

Blaugrana only have four points from the opening four rounds in Group C and need a miracle to avoid an early exit from here on.

Xavi’s men play host to Bayern Munich in Matchday No 5 on Wednesday evening. The Bavarians are in a much better position being five points clear at the top of the group standings with a maximum record of four wins in four outings.

Julian Nagelsmann’s troops have a brutal goal difference of 13.2 in Group C. They shipped both goals in the garbage time of the 2.4 drubbing of Viktoria Plzen on the road in the previous round.

Barcelona, on the other side, need Viktoria Plzen not to lose the other game in thus group against Inter Milan if they want to stay alive in the competition ahead of the final day in the group.

Blaugrana will come into this in high spirits after a 4-0 thumping of Athletic Bilbao on Sunday night. Ousmane Dembele was phenomenal with a goal and three assist on the occasion.

Bayern Munich, on the other side, dispatched Hoffenheim 0-2 on the road on Saturday to cut the gap behind leaders Union Berlin to just one point in the Bundesliga standings.

Bayern may have dominated this matchup in recent history but they will come into this game without two key attacking weapons Sadio Mane and Leroy Sane.

Barcelona, on the other side, bagged seven unanswered goals in the back-to-back wins over Villarreal and Athletic Bilbao within the last seven days. The hosts will be more motivated to get the result here and we see the value in backing Barcelona to win & Over 3.5 goals FT bet at the 4.50 odds.