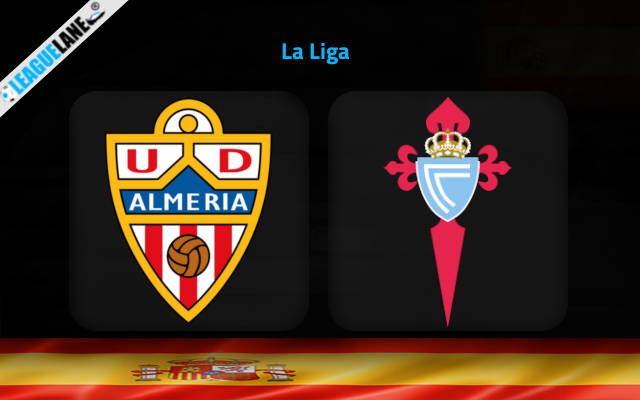 Both Almeria and Celta could be counted amongst the weakest in the Spanish top flight. They are placed in the bottom-most tier of the table, and they also have been struggling with their defense right from the start of the campaign.

Almeria are currently placed 15th in a table of 20, and have a surplus of just one point over the relegation cut-off. They secured just three wins in total so far, and it was kind of expected too.

The reason being – they were promoted to the top flight only at the end of the last season, and their inexperience is rightfully holding them back in the competition.

Meanwhile, not only are Celta on a long stretch of losing performances, but they are also letting in goals in huge numbers.

In fact, they have a 100% losing record on the road barring a single match-up, and this sole game where they avoided a defeat was against the 18th placed Girona.

It so happens that these two teams will consider each other the perfect opponent to register a much-needed win against. They will rightfully target each other’s weak defense, and we can also see that previous h2h clashes have had goals in huge numbers.

They lost a lot of fixtures in between, and all along they conceded goals in huge numbers too.

On the other hand, Vigo are on a long stretch of losses, and they conceded seven goals from their past three matches too. Moreover, they are on a losing streak on the road since the second week of September, and they let in three or more goals in all but one of the games in this stretch.

Considering these observations, as well as past h2h clashes, expect a goal-fest this weekend between the two teams.

Tips for Almeria vs Celta Vigo