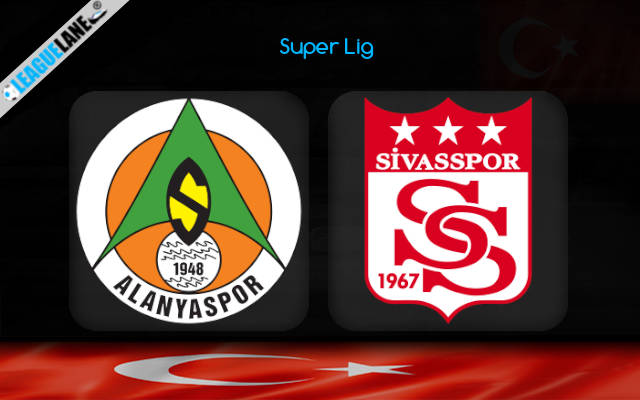 Alanyaspor lost the last fixture and enters this match as the home team to host the Sivasspor side at Bahçeşehir Okulları Stadium this Saturday. The visitors are in need of a win in order to climb up the table as they are only two spots away from the relegation zone. The previous win boosts their confidence in this upcoming fixture.

The visitors sits at the 14th spot with 16 points in hand. From the 14 matches they played, they won 3 and drew 7. They lost 4 other fixtures and has the goals to conceding ratio in at 20:15.

From the last 6 games, Riza Çalımbay’s Sivasspor have found the back of the net 9 times therefore earning them a goals scored per game average of 1.5. They won the previous game against Hatayspor by 4-0 after losing to Basaksehir by 1-2.

The home team is at the 5th spot and is just below in the zone from getting promoted to Europa Conference League. They have 24 points in 14 games of which they won 7. They lost 4 matches while drawing 3. They however, concedes more goals than the scored ones with 20:22.

Their matches often witness high score cards in each games with 12 goals from the last 6 clashes with 23 in all with 3.83 goals per game. Coming into this fixture, they haven’t been defeated in their previous 5 home league matches.

Alanyaspor is in good home form while Sivasspor are performing poor at away. Their last 2 h2h meetings ended in favor of the home team.

We back up the hosts, as they have defeated this foe in their past 2 h2h matches and is more consistent in this season than the visitors. Sivasspor side have suffered through this campaign into the bottom-half and also they have been knocked out of Europe in the qualification stage to make matters worse.