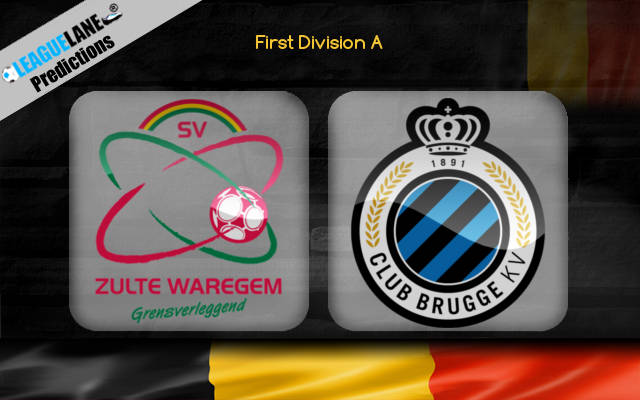 Club Brugge are the defending champions of the competition, and easily the best in the country at the moment. Meanwhile Waregem are going through a poor run, and also have an inferior h2h record against this opponent. Likely, expect a win for Brugge this Sunday.

They had won the title in style with a 16-point lead over the second-placed Antwerp, and had scored the most, as well as had conceded the least.

In the meantime, Waregem had finished 30 points below the champions, and had conceded the second-most number of goals – 69. Note that the most was by the relegated Waasland-Beveren; 70.

By the looks of things, expect a win for the title-holders.

Waregem were winless in ten of their last fifteen overall games, and they have won just once at home in their former six appearances. Note that they had conceded two or more goals in five of their last six home appearances.

On the other hand, their counterparts were unbeaten in 12 of their last 15 overall fixtures, and they had scored two or more goals in six of their past eight games. Most importantly, they also have a superb h2h record against this foe over the years.

Taking into account these observations, and especially their respective campaigns the last season, expect a comfortable win for Brugge this weekend.