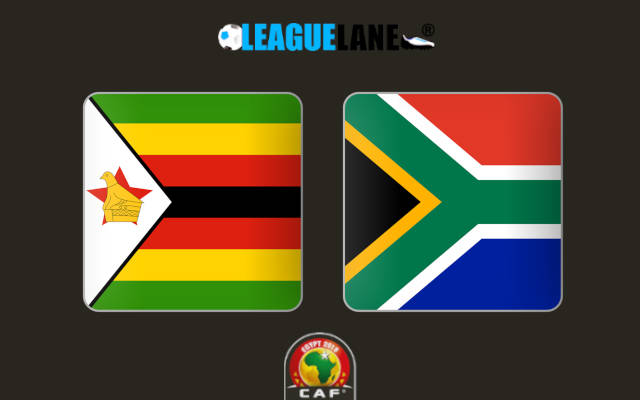 Zimbabwe are going through a poor run at the moment, and are conceding goals in plenty. Meanwhile, South Africa are on an impressive streak, and they also have a great h2h record against this foe – especially in competitive matches. Likely, expect a win for the latter this weekend.

Zimbabwe are ranked 108th in the world by FIFA, while their counterparts for the day are placed 35 spots higher. Moreover, they were winless in three of their total six qualifying games to the Cup of Nations in 2019, and had scored a total of just nine goals in the process.

However, their opposite number had won three of their matches, and impressively they had conceded just twice all through that campaign.

And in the main competition, while South Africa had made it till the Quarter Final, where they fell against Nigeria, Zimbabwe had finished dead last in the group stage itself, and crashed out.

In fact, their exit was an embarrassment to such a stage that the team had failed to win even a single fixture, and had scored a total of just one goal all through the stretch.

By the looks of things, expect a win for South Africa this Friday at the National Sports Stadium.

On the other hand, their counterparts are on a seven-fixture unbeaten streak, and six of these were wins. Moreover, they had also kept clean sheets in their last six straight games.

Taking into account these observations, and importantly previous h2h stats in competitive meetings, expect a win for South Africa.