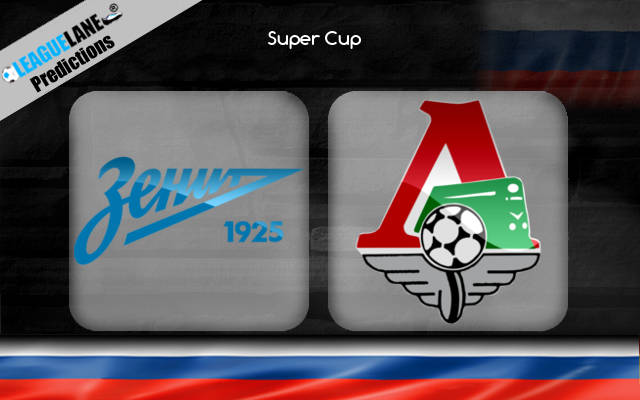 The first Russian title of the season is on the line on Saturday afternoon when Zenit and Lokomotiv Moscow take on each other in the Super Cup clash in Kaliningrad.

Zenit and Lokomotiv Moscow are set to battle it out in their third consecutive Russian Super Cup final on Saturday afternoon at Stadion Kaliningrad. Lokomotiv Moscow won the title two years ago thanks to a 3-2 victory, but Zenit got their revenge with a 2-1 win last year at BEV Arena in Moscow.

It is interesting to mention that this will be Lokomotiv Moscow’s fifth consecutive Russian Super Cup final. However, they have lost three of the last four, two times after extra time (to Spartak Moscow in 2017 and to CSKA Moscow in 2018).

The team led by Marko Nikolic secured another Super Cup appearance by winning the Russian Cup last season. They have demolished CSKA Moscow 3-0 in the semifinal before beating Krylia Sovetov 3-1 in the final in Nizhny Novgorod.

Zenit were stopped in the last 16 round of the cup by Arsenal Tula (1-2) but they confirmed the domestic dominance by winning the Russian Premier League title with an eight-point cushion ahead of the second-placed Spartak Moscow.

Neither team made significant changes in between two seasons. Zenit produced a strong display in the 3-1 victory over German Karlsruher in their last pre-season test. Serdar Azmoun completed a brace on the occasion. Lokomotiv Moscow, on the other side, suffered a 2-1 defeat to Rostov in their last friendly played five days ago.

We don’t quite expect a 6-1 victory for the back-to-back-to-back Russian Premier League champions, but they certainly come into this Super Cup tie as favorites to win another trophy.

Lokomotiv Moscow could struggle badly to keep hold on the likes of Malcom, Artem Dzyuba, Serdar Azmoun, and Sebastian Driussi. Since we expect Loko to get on the scoresheet as well, Zenit to win & Both Teams To Score bet looks great at the odds of 3.60.