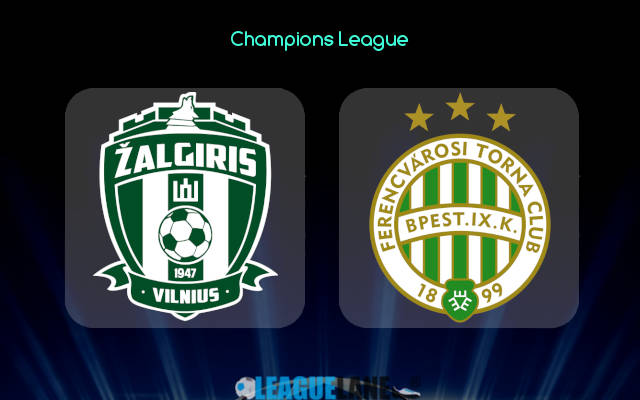 Ferencvaros are on stupendous form, and are scoring goals at an unbelievable rate. They had also won the first leg comprehensively. Meanwhile, Zalgiris are going through a rather inconsistent stretch, and are expected to struggle this Tuesday.

Ferencvaros are from the Hungarian top flight, which is much better than their Lithuanian counterparts, from where Zalgiris come.

Moreover, the Hungarians are on a superb winning run at the moment, be it at home or on the road. They had won the domestic league title in style the last season as well. In fact, they had a lead of 20 points at the top, and had lost just once all through their campaign.

They also had won 2-0 at home in the first leg, and this aggregate lead will surely give them a mental edge going into the return fixture. Surely count on them to emerge victorious this Tuesday.

On the other hand, their counterparts are on a 11-match winning run, and they are also on a 19-game unbeaten streak. They had also scored two or more goals in 13 of their preceding 16 overall fixtures, and in 13 of their former 15 road trips.

In addition, the Hungarians also had registered a 2-0 win in the first leg, and now have all the momentum going into this return fixture. Count on them to post another win this Tuesday.

However, the desperate Zalgiris have no option but to attack, and they are expected to find the back of the net at least once at their home.