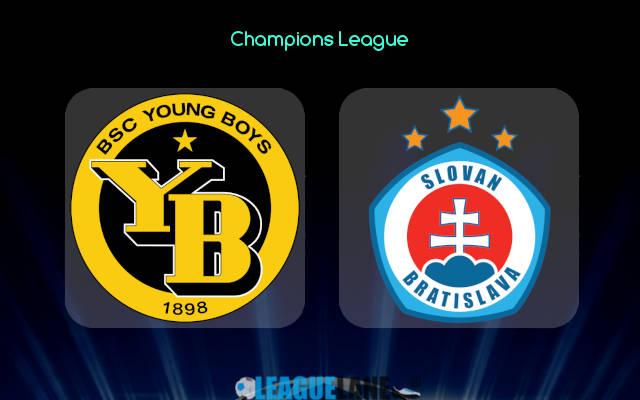 After a goalless draw in the first leg of their UEFA Champions League Qualifications tie, Young Boys and Slovan Bratislava go head to head once again on Wednesday, this time on Swiss soil.

There was nothing to separate Young Boys and Slovan last week in Bratislava.

Both teams had a single big opportunity to win it, but neither made it count, leaving things wide open ahead of the reverse fixture in Bern.

Due to pedigree and a much broader experience at this level of the competition, Young Boys head into the clash as significant favorites.

Despite winning their domestic league for three years running, Slovan has a miserable record in the UEFA Champions League Qualifications.

The Slovakian champions failed to go beyond the first obstacle in 2019 and 2020, losing to the likes of Sutjeska (Montenegro) and KI (Faroe Islands) in the process.

Vladimir Weiss’ men barely went past Irish Shamrock Rovers at the beginning of the 2021 Champions League Qualifications journey, advancing only 2-1 on aggregate.

Slovakian champions boosted up their confidence by netting four goals in the weekend’s drubbing of Liptovsky Mikulas at the start of the new domestic season. Weiss took advantage of the opportunity to rest his main players.

Young Boys also got off to a positive start to their Swiss Super League campaign, clinching a hardly-fought 3-4 victory away at Luzern on Saturday.

The team showed a fantastic spirit to come back from a 1-3 deficit on the occasion.

Young Boys should confirm the gulf in quality and clinch an easy victory in front of the home crowd on Wednesday. All eyes will be on Jordan Siebatcheu and Elia Meschack who bagged a brace each on Saturday against Luzern.

Slovan lost each of the last four Champions League qualifiers on the road against much weaker teams than Young Boys (BATE, Sutjeska, KI, and Shamrock Rovers). We’ll back the hosts to have the lead at the half time and win the match at the end at the odds of 2.20 as our main betting option.