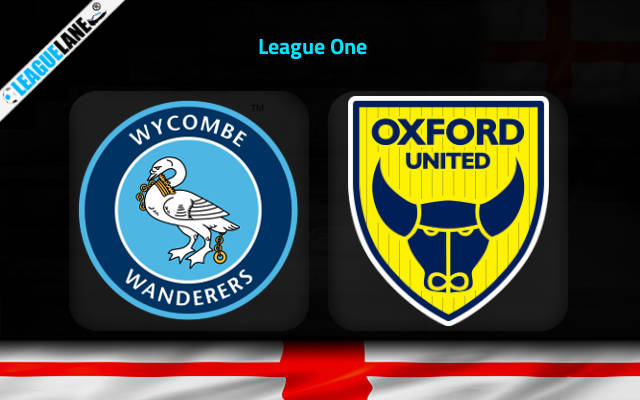 In game week 28 of League One, Wycombe Wanderers face Oxford United for their next match on Saturday at High Wycombe.

With a win in the last match, Wycombe stays in the third position with 49 points from 26 matches. The last match was against Bolton Wanderers. The match ended with 0-2 FT score.

Yet another win is added to the tally of Wycombe after the last match. The team now has a 3-game unbeaten streak going on. The team has performed well throughout the season, only losing occasionally.

Wycombe has played thirteen games in their home ground and has put on a good show in the matches as well. They have only lost in two of the matches and have an unbeaten streak of four games going on in their matches.

Oxford United stays in the 6th position on the league table with 43 points from 25 matches. They played their last match against Lincoln City, which ended in a loss when Oxford failed to score against the two goals score Lincoln City.

Oxford has played well in this season winning in of the matches. They have lost in a couple of matches but have always kept their form in the match. In the last ten matches, the team has scored in seven of the matches and has won in fur of them. In four of the wins, they have scored two or more goals as well.

The team had a poor start in their away matches but has made up for it as well. They have performed well in their recent away matches. However, with the loss in the last match, a 6-game unbeaten streak was broken.

Both teams stay at the top of the league table because of their strong performance in the league matches. They are only 6 points away from each other and both will look to earn the 3-points in the next match.

With an unbeaten streak in the home matches, it will be difficult to win against Wycombe in their home ground. They will look to keep this streak going on with more wins. However, both teams have scored in their recent matches and the game has a good chance of ending with over 2.5 goals.